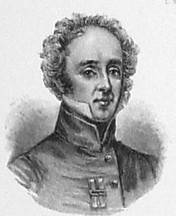 On Monday, the 15th April 1833 Governor Sir Richard Bourke left Parramatta at 5 o'clock in the morning, and embarking on board the Sophia Jane steam vessel, arrived at Newcastle at about 4 o'clock the same day.

As the Sophia Jane came round Nobby's Island a royal salute was fired from the Battery, and the colours were hoisted at the Flagstaff.

The vessel being immediately brought to the wharf, His Excellency and suite were received on landing by all the respectable inhabitants, and with military honours by the troops, drawn up under the command of Lieut. Gibson, of the King's Own. We were much struck with the appearance of a considerable number of the natives, forming a regular line on the wharf as His Excellency passed, and lowering their spears to the ground in an orderly manner, accompanied by their peculiar trill.

Inspection of the Town

We were gratified to observe that the Governor and the Ladies appeared in excellent health and spirits, the remarkable fineness of the day and the smoothness of the sea having contributed much to the pleasure of their excursion. After resting a short time at Kemp's inn, where accommodation had been provided, His Excellency proceeded to inspect the Hospital, Lumberyard, and Jail, attended by the Officers of the Public Departments, and thence returning to the inn, sat down to an excellent dinner.

On the following morning His Excellency was on horseback before 7 o'clock, and, accompanied by the Surveyor-General, minutely inspected the Breakwater, after which the party proceeded to the Australian Agricultural Company's coal works, with which His Excellency expressed himself highly pleased. A Public Meeting having been held the previous day, of which Sir Edward Parry was Chairman, for the purpose of framing an Address to the Governor on his approaching visit.

The following Gentlemen, composing a Deputation, waited upon His Excellency at 10, A. M., being the hour appointed for the presentation of the Address, namely- Sir Edward Parry, J. P., George Brooks, Esq J . P , Jonathan Warner, Esq. J. P., Rev. C. Pleydell, N. Wilton, M. A. ; Rev. L. E. Threlkeld, and A. W. Scott, Esq. His Excellency received and answered the Address in a most courteous manner. At about half-past 11 His Excellency and suite re-embarked on board the Sophia Jane, amidst the salutations of the assembled inhabitants, receiving the usual military honours. We understand that previously to the Governor's embarkation numerous petitions were presented and graciously received.

The Sophia Jane had scarcely crossed the harbour when an accident occurred which had nearly cast a gloom over the gratifying events of the day. The vessel having just attained her full speed, a boat which she had in tow, with a man steering her, was suddenly pulled under water, by which circumstance his life would probably have been lost but for the promptitude and skill with which Capt. Biddulph directed his vessel to be stopped, and his boat lowered. It was understood that His Excellency intended to proceed a short distance up the William's and Patterson's rivers on his way to the Green Hills.

The following are copies of the Address, and of His Excellency's reply -

'To His Excellency Major-General Bourke, Governor-in-Chief of New South Wales and its Dependencies, etc. etc. etc. ' We, the Clergy, Magistrates, and other Free Inhabitants of the town of Newcastle and its district, feel much gratified that your Excellency's presence affords us an occasion of expressing our loyal attachment to the Person and Government of the Representative of our beloved King.'

We hail your Excellency's arrival as a manifestation of solicitude for the prosperity of our community ; and with our hearty congratulations on the restoration of your Excellency's health, we join our humble acknowledgments for His mercy through whose Providence your Excellency has thus been enabled to visit us. ' Among the benefits which we, in common with the inhabitants of the district of Hunter's River, have received from your Excellency's Government, the arrangements now in progress for the improvement of our harbour peculiarly demand our thanks; and we trust your Excellency will have the satisfaction of witnessing, in the rapid extension of our commerce, the wisdom and solidity of these measures.'

2). Lieutenant Gibson commanded the Guard on the convict ship Hercules in 1832