Governor Sir Richard Bourke arrived in the colony in December 1831. He held the appointment of Governor of the colony until 1837.

Some very extensive public works are to be commenced at Newcastle immediately. A large Military barrack will be the first building erected; the wretched hovel at present occupied by the detachment of the 28th regiment stationed at Newcastle being altogether unfitted for the service. His Excellency the Governor accompanied by Captain Barney proceeds to Newcastle in a few days for the purpose of approving of a scite for the intended building. Notwithstanding upwards of one hundred men have been stationed there near three years, very little progress has been made towards completing the breakwater; the works having been under the control of several different engineers and superintendents during that period; and they have been principally employed altering whatever was done by their predecessors. [1]


Laying of the First Stone

His Excellency the Governor proceeds in the early part of the week to Newcastle, to lay the first stone of the New Barracks to be erected on the hill, near the parsonage house. Captain Barney, Mr. Nicholson and Mr. Town Surveyor Matthew, accompanies His Excellency on his tour, for the purpose of surveying the Breakwater and the public buildings at Newcastle previous to extensive improvements in the township which it is said will be commenced immediately. - [2]

The Government have at length determined upon improving the entrance to the flourishing port of Newcastle by completing the breakwater, laying down buoys, and making it in other respects secure against accidents. If these things had been done when we first drew the attention of the authorities to the abominable state of that place (two or three years ago), many vessels would have been saved. However better late than never, in such matters. Mr. Nicholson, the Harbour master, starts for Newcastle tomorrow and the Governor, Captain Barney and others proceed on the same mission in the course of next week. The Australian 14 April 1836

It must afford His Excellency solid gratification to reflect, that whilst a few insensate men are now, and have long been bestirring all their wits in working up the language of vituperation against his proceedings, and giving vent in the columns of an ultra journal to their spleen and malevolence, he has it in his power to refute their calumnies by acts which speak his praise unequivocally throughout the varied districts of the Colony. He has now gone, or is on the eve of going to the Hunter.

The first object of his attention will of course, be Newcastle. Much labour has there been wasted for years back. Under the scientific and practical suggestion of Captain Barney, we may now expect that his Excellency will order the Breakwater to be forthwith completed, and the further inroads of sand from the Pacific is to be stayed. We hear too that a magnificent work is in contemplation, which would certainly raise Newcastle in the scale of importance. It is said that a quay is to be formed along the beach - to extend from the present Jetty to the Company's Coal Wharf.

Were this work undertaken under the able management of Captain Barney, the benefit thereby conferred on the whole district of the Lower Hunter would be incalculable. And then, there is the removal of the Sand banks which obstruct the navigation of the hunter to Maitland. Let these great works be accomplished under the administration of General Bourke and the rebellion of the River Hunter Gentlemen with O.P.W. for their London advocate, will have little chance of sympathy among right minded men, whether here or in Great Britain. 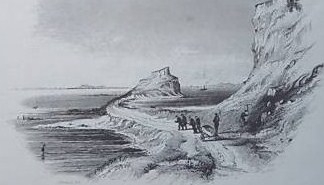 The execution of such works as are here mentioned, and of the New Military Barracks, Commissariat, Stores, Hospitals, Church etc. which are talked of by convict labour, would silence the interested talk of those who rail against the value to the Colony of the transportation system; while it would lead to the profitable employment of all those convicts who are now kept so uselessly at Norfolk Island and elsewhere, employment in the performance of supererogatory labour. All the chain gangs might thus be, under the superintendence of free overseers, judiciously selected and adequately remunerated, to care for the public an amount of benefit which would amply compensate the expense of their support.

The town of Sydney have before their eyes at every turning, evidences that the chain gangs may be turned to good account; and we sincerely trust that his Excellency will be led to give similar demonstration to the people of the Hunter, as the result of his present tour. He now has the advice of an able and highly qualified officer, who is not likely to be yet warped by political or party bias in proffering his suggestions ;and we doubt not therefore, that these suggestions will be acted on on the one hand and be such on the other, as to gain lasting credit to the giver, and entail unequivocal and permanent advantages to the settlers of the Hunter district. [3] See notes.....Original is in the collection of the Mitchell Library in Sydney, in an album of watercolours and sketches previously owned by Robert Marsh Westmacott [PXA 1760]. The caption on the album page is Entrance to Hunters River Newcastle NSW.

(Robert Marsh Westmacott was included in Governor Bourke's suite on the Margaret when he arrived in 1831 and was employed as Aide-de-Camp to Governor Bourke until Bourke returned to England in 1837. He accompanied Gov. Bourke on the visit to Newcastle in 1833 however there is no mention of him in the Newspapers or Historical Records of Australia on this 1836 voyage to the township) 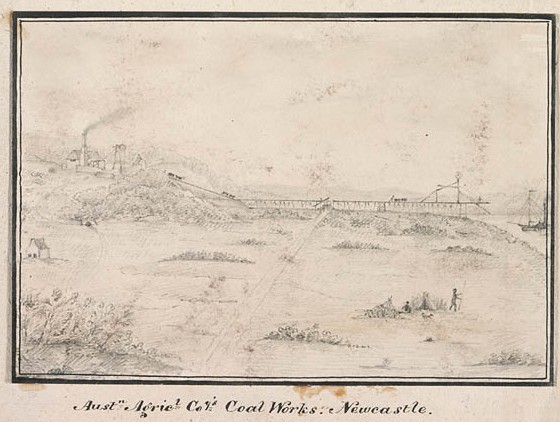 2). Felton Mathew arrived on the Morley in 1829. His diaries are held by the National Library of Australia. The diaries were transcribed in the Journal of the Royal Australian Historical Society and excerpts were transcribed by Bruce Jones and originally available to access on his web site which is no longer accessible. The website was archived on Pandora on the National Library of Australia website. More about Felton Mathew at Hawkesbury Heritage and Happenings


Residents in Newcastle and Maitland