The women were mostly found guilty of stealing, robbery, pledging and pocket picking however there were two women from Lancaster Ann Entwistle and Mary Hindle who were convicted of rioting. They had become involved in the Blackburn riots and the destruction of power looms in April 1826. Ann Entwistle was 46 years old. The convict indents state her to be a single woman with three children. Mary Hindle was married with one child. Her husband Isaac Hindle was also involved in the riots and was sentenced to transportation arriving on the Guildford in 1827.

Ann Entwistle and Mary Hindle were convicted of rioting on 26th August 1826. They may have been incarcerated in Lancaster Castle before being transferred to London to await transportation..........

AN additional infirmary, with an airing-court, has been built at this prison, since the account was published in 1824. The classification remains as described in the last Report. The present number of prisoners employed is 131 males, and 57 females. The amount of earnings during the last year was 601pounds. 18s.

The prisoners continue to be employed at the two tread-wheels, in pumping water, and in weaving calicoes by seven powerlooms. Nine men work at each wheel, that is six on, and three off as a relay. Each prisoner works 12 minutes on the wheel, and then rests six minutes. The hours of labour are ten in summer, and in winter seven. The prisoners are stated to have a great aversion to the labour of the tread-wheel.

The weekly cost of diet has been 2s. 8d. for criminals, and 2s. for debtors. The quantity of animal food for convicted prisoners has been increased. [3]

The Harmony was the next convict ship to leave England for New South Wales after the departure of the Manlius in April 1827. The Harmony departed London on 4th June 1827.

William McDowell reported cases of venereal disease, chest pains, debility and fever, although he considered none of the cases serious. There was one of an injury - to Elizabeth Addison, whose knee was severely injured in a fall caused by the rolling of the boat. She was discharged to the hospital on arrival. Some of the other women William McDowell treated included Martha Hubbard, Charlotte Dawson, Mary Hindle Ellen Pollard (he described her as an immense, tall, robust woman! [1] The indents reveal she was 5'6' in height), Margaret Cain (Kane), Esther McDonald, Mary Ann Knotte.

The Harmony arrived in Port Jackson on 27th September 1827 with 80 female prisoners and three children. The Sydney Gazette reported that the metropolis was thrown into a bustle with the arrival of the convict ships Harmony and Prince Regent. 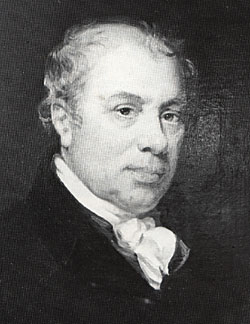 A Muster was held on board by the Colonial Secretary Alexander McLeay on 8th October 1827. The indents reveal the name, age, education, religion, marital status, family, native place, trade, offence, sentence, when and where tried, prior convictions, physical description and to whom assigned on arrival. There is also occasional colonial information such as dates of death, relatives already in the country and pardons.

Twenty-eight women were married and many of those left children behind in England. Widow Susan Partridge left seven children in England. Ellen Barrett brought one of her six children with her and Elizabeth Smith brought her infant with her also.

Colonel James Thomas Morisset, together with his wife and family arrived as passengers on the Harmony. It was intended that he take up an appointment as Commandant at Norfolk Island, although this did not happen for some time.

Convicts Ann Gratten and Esther McDonald were assigned to Colonel Morisset straight from the ship.

Elizabeth Smith was assigned to James Mudie at Castle Forbes in the Hunter Valley.

The Harmony departed for New Zealand in November. ....Mr. Thomas Raine who chartered the ship Harmony, Captain Middleton - a gentleman much esteemed - has received advices of that vessel by His Majesty's ship Pandora. The Harmony went from hence to the Bay of Islands with the intention of procuring a cargo of spars for the London market. Upon her arrival Captain Middleton found all the natives of E.O. K'Anga in arms, and on the eve of taking their warlike steps to the Bay of Islands. However, 'ere they proceeded on their journey, the whole of the army combined in lending a hand to load the Harmony which was effected in fourteen days! Captain Middleton by this opportune call, obtained one of the most valuable cargoes ever procured from New Zealand, consisting of spars and flax. The Harmony only remained two or three days when she sailed direct for London. (Sydney Gazette 20 February 1828)

Convicts of the Harmony identified in the Hunter Valley -

2).Observations on the Visiting, Superintendence, and Government of Female Prisoners ... By Elizabeth Gurney Fry, Published 1827

3). Charlotte Harrison, an assigned servant, was charged with an overwhelming desire to discover the longitude, to effect which purpose she was in the habit of travelling about the streets when her mistress required her services in the kitchen. The damsel declared with much nonchalance that 'she could not help it' so the Bench 'could not help' sending her to Mrs. Gordon's seminary. - Sydney Gazette 31 May 1832. 5)

9). There was animosity between Captain Middleton and William McDowell during the voyage. The vessel had not been long at sea before a misunderstanding arose between the two, in consequence of the Captain's improper interference with the prisoners. Later an inquiry was held. Governor Darling refers to it in his correspondence to the Commissioners of the Navy.......

Governor Darling to Commissioners of Navy. 1827.
4 Nov
Gentlemen.
Parramatta, 4th November, 1827.
Reference having been made to me in consequence of some Dispute occurrences, during the passage, between Mr. McDowall, the Surgeon Superintendent of the Transport Ship Harmony, and master on Mr. Middleton, the Master, I appointed a Board to examine into the merits of the case; and I do myself the honor to transmit for your information a Copy of the Reports and Proceedings of the Board. It appears that the Members have not agreed in opinion, and Colonel Stewart, the Lieut. Governor, has drawn up a report of the view he has taken of the case, as the two other Members has of their opinion.

Without knowing more of the matter than appears by the Proceedings, which will enable you equally to judge of it, I am strongly disposed to concur with Colonel Stewart that, even admitting the Surgeon's Conduct to have been irritating, the proceedings of the Master was most un-becoming and improper; and I have no doubt that due Notice will accordingly be taken of it. I have, etc. Ralph Darling. (HRA Series 1, vol X111, p. 593)


10). National Archives - Reference: ADM 101/32/3 Description: Medical and surgical journal of the Harmony convict ship for 16 April to 13 October 1827 by William McDowell, Surgeon and Superintendent, during which time the said ship was employed in conveying convicts from England to New South Wales.