The Prince Regent was built in Shields in 1810. This was the last of three voyages transporting convicts to New South Wales, the others being in 1820 and 1824.

The Prince Regent was the next convict ship to leave England for New South Wales after the departure of the Harmony a week previously. The Prince Regent departed London on 11th June 1827, passing nearby Cape Finestere on 20th June, near Madeira 25th June, calling at Tenerife on 2nd July, and passing Canary Island on 5th July.

The Guard comprised a detachment of 29 men 57th regiment under orders of Lieut. Campbell. 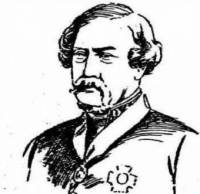 2). Major Sir Thomas Livingstone Mitchell with his wife and family. He was appointed to the position of Assistant Surveyor General of New South Wales. The following year he became Surveyor General, a position he held until his death. He was about 35 years of age in 1827.

3). Lieut. Hughes, Royal Staff Corps who was appointed surveyor of roads and bridges in 1828

William Rae was born in Dumfries-shire, the son of Matthew Rae of Park End Annandale, Dumfries shire. He was educated at Loch Maben and Dumfries and afterwards graduated M.D. at Edinburgh University. He was about forty-one years of age in 1827.

The prisoners generally conducted themselves well and by due enforcement of the rules and regulations laid down for their governance at the commencement of the voyage little trouble occurred to me during the remaining part of it. The provisions were all of the best quality. The Master of the ship was kind and humane and whilst in his power supplied me with milk, daily for one of my worst patients. From him and his Officers I received every support and assistance in the execution of my duty. [2]

The following men were treated by the surgeon on the passage out:

The Prince Regent arrived in Port Jackson on 27 September 1827.
A muster was held on board by Colonial Secretary Alexander McLeay on 3rd October 1827.

Convicts of Prince Regent identified in the Hunter Valley -

[3] National Archives - Reference: ADM 101/61/3 Description: Medical and surgical journal of the convict ship Prince Regent for 1 May to 15 October 1827 by William Rae, surgeon and superintendent, during which time the said ship was employed in a voyage to New South Wales.