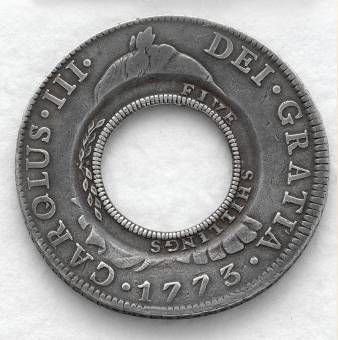 Arrival of convict ship Morley, Captain Williams. Surgeon Peter Cunningham. The Morley brought whooping cough to the colony. Immediate quarantine did not prevent the disease from spreading throughout the colony causing the death of many children.

Steam boats discussed for use at Newcastle and Hunter River

Death of Charles Throsby at his estate Glenfield

Woodlark wrecked in Torres Straits under Captain G.A. Leary. Six drowned. Survivors given food and shelter by Captain Logan and family at the Moreton Bay settlement. They arrived back in Sydney late June.

Brick house built by William Powditch at Newcastle offered for sale. (Newly erected and situated near the wharf in the main street. Builtat an expense of £1200 and said to be well situated for an Inn) More about Watt St. Newcastle


John Erskine appointed Clerk to the Bench of Magistrates at Newcastle. Previously held position of Superintendent of convicts at Norfolk Island for two years

The coal mine at Newcastle, commenced c. 1818, had completely fallen in and was abandoned. A new mine opened yielding 15 tons per day.

Sloop Dove wrecked at Port Stephens. Master William Vurrell. Owned by Thomas Street of Darling Harbour. The master, a seaman, a Newcastle constable and a prisoner of the Crown after suffering great privations were brought into Newcastle by Natives. 7 lives lost including 2 seamen, a free man John Delaney and 4 prisoners of the Crown.

Capt. James Stirling, having returned to England, urged the Colonial Office to form a colony on the Swan River.

Bussorah Merchant placed in quarantine due to outbreak of smallpox. Military Guard and convicts landed and encamped on the North side of the Harbour and the schooner Alligator stationed adjoining to as a Hospital Ship

Publication of Henry Dangar's Map of the Hunter and its branches by Joseph Cross, London

Terence Rooney a newly arrived convict by the Borodino fatally wounded at George St. Sydney by a soldier of the Garrison. £100 reward offered for information leading to perpetrator's conviction for murder. In September John Geason, soldier, was sentenced to transportation for life for the murder.

Bank of Australia in George Street, Sydney robbed. Entry gained through a nine foot thick foundation wall reached by excavating through a drain that had been opened on the opposite side of the street. Reward of £100 offered for information leading to discovery of robbers

Capt. Collet Barker arrives at Raffles Bay to take over command of the settlement.

Charles Sturt with Hamilton Hume and a party leave Sydney to trace the course of the Macquarie River.

Announcement of the first Provincial Bank established in the Colony, under the title of the Bank of Newcastle

Arrival of architect John Verge on board the Clarkstone. Land grant at Dungog - Lyndhurst vale

Stirling given instructions to occupy the Swan River area and officially appointed Lt-Governor of WA.