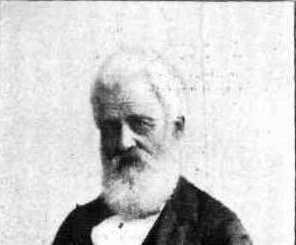 He arrived in Australian in 1835 and was employed by apothecary William Lipscomb in Maitland by the 1840's.

In March 1845 Pinhey announced that he was opening his own business in High Street:

'Apothecaries' Hall, West Maitland. William Townley Pinhey, Chemist and Druggist, begs to apprise his friends and the public, particularly the inhabitants of the townships of E and W Maitland and the surrounding districts that he has commenced business in High St. West Maitland in the above line and trusts by strict attention and punctuality combined with adequate experience in the several branches of his profession and moderation in his charges to merit a reasonable share of their patronage and support. Families and others may depend upon all medicines purchased at this establishment being genuine. Physicians prescriptions accurately prepared. Horse sheep and cattle medicines etc'

He vowed that the poor would receive advice and medicines gratis, upon the recommendation of any clergyman or magistrate, and pledged that no chemical or pharmaceutical preparation would be issued from his establishment without having been subjected to the strictest examination. He hoped that by continuing to exercise the 'greatest carefulness in the dispensing department coupled with unremitting personal attention, he would receive the support which has been so largely bestowed upon him previously'

Some of the stock he held included:

Occasionally apothecaries were called on to testify at inquests or trials when death or illness had occurred in mysterious circumstances. This was the case soon after Mr. Pinhey opened his business in High Street, in May 1845 when he supplied laudanum for Mrs. Sanders.

Mrs. Sanders' son Guilford later died and it was thought he may have taken laudanum. Mr. Pinhey testified that he supplied two drachms of laudanum in a bottle he had filled for Mrs. Sanders on previous occasions. Suspicions were unfounded however as Dr. Liddell found in the post mortem that Sanders had died from a blood clot. Again later that year William Pinhey testified in court when the four year old daughter of tailor John Stewart became seriously ill after opium was mistakenly placed in food she was given by Thomas Ramplin. Ramplin had purchased the opium from Mr. Pinhey to overcome sleeplessness. His expertise was called on in 1846 when George Turner was charged with throwing rubbish into Wallis's Creek causing the water to be unfit for use. William Pinhey provided a certificate for Turner's defence stating that the water had not been made unfit for consumption as he had analysed a portion and found it contained no 'injurious matter'. The case against Turner was then dismissed.

William Pinhey remained in his first High Street store for only a few months before announcing that he was moving to new and spacious premises facing the Stores of Captain Russell where he would prepare physicians prescriptions carefully and compound horse and cattle medicines in accordance with the formularies of the Royal Veterinary Colleges. At his new premises, which were situated on the corner of High and Hunter Streets, surgeon Montague Parnell also kept consultation rooms.

William Townley Pinhey married Mary Bell, eldest daughter of John Thomas of the Col. Architect's department Sydney on Saturday 18th March 1843. A daughter Ann Hobbs was born to the couple in 1844. Ann died aged 5 on 16 September 1849 and is buried in the Glebe cemetery. On 22nd December 1845 Mrs. Pinhey gave birth to a son Charles and William was born on 9th February 1848. A daughter Mary was born in 1850.

Following the example of his former employer William Lipscomb, William Pinhey worked on committees in the township as well as subscribing to many fundraisers. In 1846 as secretary he was making final arrangements at a meeting at the Waterloo Inn for a select ball soon to be held in the township. He was also a church warden for St. Mary's Church.

Apothecaries were highly regarded in the town and were sometimes the first to be consulted in a crisis. Badly injured Peter Coulton 'Old Peter' was taken to Mr. Pinhey for treatment when he was struck by a gig driven by Mr. Wade in High Street in 1848. Deaf and elderly, Coulton had been standing in the middle of the road with a few other people and failed to hear a warning call. His injuries consisting of broken ribs and punctured lung were too serious for Mr. Pinhey to deal with and he sent Coulton on the Maitland Hospital to be dealt with by surgeon Michael McCartney.

As well as dispensing medicine at his shop, William Pinhey also sold other items such as Trevallyn preserves in winter, Abraham's Baking powder 'for the making of bread without yeast' and Holloway's pills. He also supplied the hospital with Chloroform and supplied the public with 'Family medicine chests fitted with really useful medicines, with directions'.

William Pinhey later moved to Glebe, Sydney. Glebe was proclaimed a municipality in 1859. Since its formation in 1859 the Glebe Council had been the domain of local professionals and businessmen. William Pinhey was an early Glebe Alderman. Others from Glebe in the years 1859 to 1875 included solicitor George Wigram Allen, (Mayor for 18 consecutive terms from 1859 to 1877), the architects Edmund Blacket and George Allen Mansfield, surveyor Thomas Harwood, retail trader Michael Chapman, and the future State Premier George Dibbs.

The large circle of friends of Mr. William Townley Pinhey, J.P., Deputy City Coroner, will regret to learn of his death, which took place on the morning of Sunday, October 27, at his residence, Glebe-road, where he had re sided for nearly 40 years.

The deceased gentleman, who was a well-known figure, not only in connection with pharmaceutical matters, but also in legal circles, was born at Shoreham, England, on the 26th March, 1820, where his father, Dr. William Townley Pinhey, lived and practised for many years. When old enough to begin school life Mr. Pinhey was sent to Christ's Hospital, London, otherwise known as the Bluecoat School, where he remained until the age of 14.

He arrived in Sydney early in the year 1835, and was soon engaged to Mr. Foss, who had the most extensive pharmacy business in Sydney at that time. Fifteen months later he accepted employment from Mr. George Allen, solicitor, father of the late Sir Wigram Allen. After again resuming pharmacy, he in 1841 once more entered into the employment of Mr. Allen, remaining there for four years. From 1845 until 1877 Mr. Pinhey earned on the business of a chemist and druggist, first at West Maitland and then in Sydney.

The deceased gentleman was married in March, 1843, to Miss Mary Bell Thomas, who died in November, 1872. There were, six children by his first marriage, five of whom, are living. The eldest son is Mr. Charles Hart Townley Pinhey, Registrar-General; the second son, Mr. William Hamnett Pinhey,. is an inspector in the employ of the Commercial Banking Company of Sydney ; and the third son, Mr. John Edmund Pinhey, holds the position of manager of the Milton branch of the Commercial Banking Company of Sydney. The daughters of the deceased are Mrs. I. S. Clements, of Strathfield and Mrs. Bingle, wife of Mr. Whiter Bingle of the Lands Department.

The deceased was married to his second wife (the daughter of Mr. John Bingle, of Newcastle, who survives him) in the year 1875.

Mr. Pinhey was appointed a justice, of the peace in the year 1859, and had for many years honourably occupied the position of Deputy City Coroner. Mr. Pinhey had been ailing for several months, but was not debarred from carrying on his duties until about three weeks ago, when after holding two inquests he was compelled to suddenly return home in a cab and take to his bed. He was attended by Dr. Ashwell up to the time of his death, which occurred as stated at the age of 75 years, the cause of death being senile decay.

The funeral took place on Monday, the 28th. The cortege moved from the deceased gentleman's residence, on the Glebe-road, at half-past 2 o'clock to the Randwick cemetery, where the interment was made. Service was conducted in the church, and subsequently the funeral service was read at the grave. Both services were conducted by the Rev. Dr. Corlette and the Rev. W. Hough. The coffin, which was of polished cedar, silver-mounted, was covered 9 with wreaths, tokens of sympathy and esteem from the Pharmaceutical Society, Mr. and Mrs. W. H. Pinhey, and others. - Sydney Mail 9 November 1895.

1). William Townley Pinhey (senior) joined the Royal Marines on 1 October 1805 as a Second Lieutenant in the Woolwich Division. He joined H.M.S. Lion 64 on 8 January 1806 and served his entire active service career aboard this ship, staying with her for two full commissions until she was paid off up the Homoaze, Plymouth, on 23 May 1814. He was promoted to Lieutenant in September 1809 and was First Lieutenant of Marines aboard the Lion at the capture of Java on 25 August 1811. Pinhey was placed on half-pay on 1 September 1814 and afterwards practised medicine in Poplar, Leyton and New Shoreham, Sussex. He died in Brighton on 16 December 1856. He was awarded the Naval general service medal with Java clasp.

2). Photographs of the Pinhey family are held at the State Library of NSW