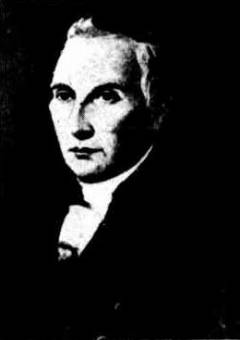 THOMAS JAMISON arrived in the colony in 1788 with the First Fleet as surgeon's mate on the Sirius. By the following correspondence written in 1796, it seems that Thomas Jamison worked for many years without the remuneration owing him -

Governor Hunter to The Duke of Portland
Sydney 30 April 1796
Extract
I have forwarded for your Grace's inspection a paper containing a representation addressed to Lieut-Governor King, from Mr. Thomas Jamison, the assistant surgeon on Norfolk Island, and I must beg leave to say, my Lord, that he does not complain without cause; his representation is strictly true. He served as surgeon';s first mate on board his Majesty's ship Sirius, under my command, upon this service and was ordered to take charge of the medical duty on Norfolk Island when first settled by Governor Phillip. I endeavoured to point out when I was in England that this gentleman's name had been confounded with that of a superintendant of convict of the same name, and that he had received no better pay than the superintendent. His situation as surgeon's mate of the Sirius entitled him to full as much. I am of opinion, my Lord, that his Commission for his present appointment has been stated by mistake junior to the last two assistants sent here, both of whom have been but a very short time in the country, whilst Mr. Jamison has served upon Norfolk Island since 1788, and was appointed regularly by Governor Phillip as assistant surgeon in 1793.

Thomas Jamison was stationed at Norfolk Island from March 1788 until October 1799 when he was relieved by James Mileham. In 1795 - 96 there was an outbreak of dysentery at Norfolk Island, some cases of which he treated with success. He later published a letter in the Gentleman's Magazine regarding the methods he used.

He returned to Sydney in 1799 and was granted twelve months leave and took a passage back to England.

He was appointed Surgeon-General of New South Wales to succeed William Balmain in 1801 and embarked on the convict ship Atlas in 1802 for the return to Australia, however because of a dispute with Captain Brooks disembarked at Rio de Janeiro and continued the remainder of the voyage of the Hercules.

He took action against Sir Henry Browne Hayes, a convict on board the Atlas, who resided with the master on the voyage, and against the master himself for assault. Governor King later wrote to the Transport Commissioners regarding the case - having suffered considerably by his property being damaged. H.B. Hayes was sentenced by the magistrate to six months imprisonment for his threatening and improper conduct towards Mr. Jamison. The Court of Vice-Admiralty and the Court of Civili Jurisdiction, not considering the master of the Atlas within the jurisdiction of those Courts, have declined trying him for the assault. Mr. Jamison commenced an action of damages against him for the recovery of the value of the goods he had damaged in consequence of their improper stowage, also for the losses he sustained on being obliged to leave the Atlas at Rio Janeiro, in consequence of the ill treatment he received and paying for his further passage in the Hercules, remuneration of all which he craved [2]

Thomas Jamison was amongst those who deposed Governor Bligh in January 1808 and he sailed for England on the Admiral Gambier in 1809 to be a witness for George Johnston:

Lieutenant Colonel Johnston having applied for the Services of Thomas Jamison, Esq., Principal Surgeon of the Territory, and also John Harris, Esq. Surgeon of the New South Wales Corps, the Lieutenant Governor consents to their proceeding to England; and those Gentlemen are to hold themselves in readiness to embark on board the Admiral Gambier, which vessel is expected to sail in a week from this day [1]

According to the European Magazine Thomas Jamison died in 1811 aged 58 at at Upper Berkeley street, Portman square.

2). Thomas Jamison was father of Sir John Jamison, naval surgeon (appointed 1807) who arrived on the Broxbornebury in 1814. The large landholdings that Thomas Jamison had acquired during his years in the colony were left to his son John.