Henry Wrenford was born in Worcestershire, the son of William Wrenford of Longdon. He was christened on 4 April 1786 at Longdon by Upton on Severn.

William Wrenford married Margaret Goodyear at Longdon on 11 March 1787. Henry's sister Harriet, daughter of William and Margaret, was christened on 23 January 1793 at the same place [1]

Henry's father William Wrenford died in 1805 aged 74. A Notice in Jackson's Oxford Journal revealed that he had been one of the oldest Magistrates and Deputy Lieutenants of the county of Worcester, who, upon the raising of the Worcestershire Militia, was appointed to a Company and afterwards promoted to the rank of Major. [2]

The family may have led a comfortable even privileged life prior to the death of William however within the space of five years of his death the entire family was decimated.

The same publication that announced William's death in 1805 reported the deaths of two of his daughters within days of each other in June 1807. Their mother Margaret passed away prior to 1810.

Henry Wrenford joined the Light Dragoons, 5th West India Regiment and was appointed Ensign by purchase in September 1807, however just a few months later he was incarcerated in the Fleet Prison in London. He was discharged from the prison on 16 July 1808. It is unknown if he returned to the Dragoons, however on 18 May 1812 at age twenty-six he was convicted of fraud at Clerkenwell, Middlesex and sentenced to 7 years transportation beyond the seas. He may have been held in the old Clerkenwell prison. [3]

Henry Wrensford was sent to Newgate Prison in July 1812 [4]. In November 1812 he was transferred to the Retribution hulk at Woolwich [5]

He was held on the hulk until his transfer to the Earl Spencer convict ship to await transportation to New South Wales. After this time his name was usually recorded as 'Wrensford' rather than 'Wrenford' or 'Ransford'.

The Earl Spencer arrived in the colony on 9 October 1813. Although unusual for the times, Henry Wrensford was granted a Ticket of Leave within a year. The Ticket, dated 8 August 1814 was for the district of Sydney. His identification details were noted on the document - Native place Worcestershire. Trade: soldier. Age 28. Height 5 feet 8 inches. Hair brown, eyes hazel. 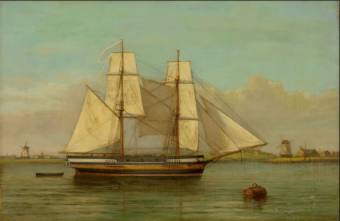 He wasn't out of trouble for long as on 8 April 1815 he was convicted (crime unknown) by Magistrate Darcy Wentworth and sentenced to 3 years transportation to Newcastle penal settlement. He was sent Newcastle on the Lady Nelson on 10 April 1815 [6]

Lieutenant Thomas Thompson was Commandant at the settlement at this time. Under his direction a school was established with Henry Wrensford as Schoolmaster. The school may have been conducted in the timber church (built c. 1812) that preceded Christ church (constructed 1816 - 18); or may have been held in one of the white washed huts that dotted the settlement further down the hill.


As his appointment to the settlement came to an end, Lieut. Thompson appealed to Rev. Samuel Marsden regarding the school at Newcastle. Rev. Marsden entreated Governor Macquarie to continue the school when the next Commandant took over. - I beg leave to acquaint Your Excellency that a School for the education of the poor children at Newcastle has been formed under the immediate direction of the present Commandant of the settlement. I am confident in Your Excellency's good wishes towards the rising generation of this colony, hope you will be pleased to approve and encourage the above Institution.

Captain James Wallis was appointed to the position of Commandant in June 1816. He was given a very detailed set of forty-one instructions by Governor Macquarie as to the running of Newcastle penal settlement. The 40th instruction concerned the school:

There being a considerable number of children at Newcastle belonging to the convicts now at that settlement, and the present commandant there having very laudably recently established a School for their education under his own immediate superintendence and direction, such school is to be continued and patronized as well by yourself as by every succeeding commandant and you are to give it every possible support and encouragement, it being highly approved of by the Governor as a most benevolent and praiseworthy institution. [8] 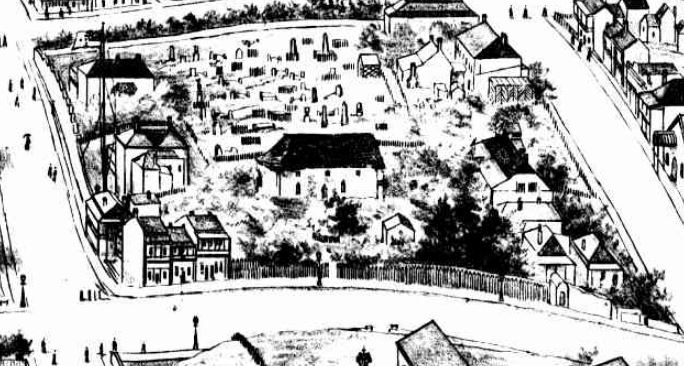 Quite a few of these early settlers were successful however the work to clear the land and establish huts, fencing and maintain stock would have been arduous. Henry Wrensford probably had little knowledge of farming having been a soldier, clerk and schoolmaster. He soon appealed to Newcastle Commandant James Morisset to be allowed to return to Sydney. In correspondence dated 15 May 1819 James Morisset informed the Governor that Henry Wrensford had indicated to him that he was unable to cultivate his farm and that his remaining there would be his ruin as he was not capable of maintaining himself in that situation. Morisset consented to his leaving the farm, and as his sentence to Newcastle penal settlement had expired for some months past, he was permitted to return to Sydney. [9]

By July 1819 Henry Wrensford was employed as schoolmaster at Castlereagh for which he was paid 5 pounds per month. [10] This situation lasted for just over a year before he found himself out of favour again after it was reported at a committee meeting held on 15 November 1820 of Judge Advocate, Rev. Cowper, Major Antill and William Minchin, of his very improper conduct. It was decided that the Secretary be requested to write a letter to the Governor on the subject, at which time he was probably dismissed. [11]

He entered into another arrangement the following year, and in February 1823 a Notice in the Sydney Gazette revealed that Henry Wrensford and William Cape junior were to continue the establishment of the late Isaac Wood under the same terms and conditions. [13]

In 1823 he was robbed of his Certificate of Freedom. His signature is recorded on the testimony required to certify that he had not made improper use of the Certificate -

In February 1824 he advertised to sell a double set of classical books, complete, that he had received from England. His address Australian Academy at the back of St. Phillip's Church, Sydney [14]