The Wanstead was a two-decked vessel sheathed in copper and of 253 tons. Built in America in 1811, the Wanstead was just three years old when she set sail for Botany Bay. The Wanstead was the next convict ship to leave England after the departure of the Earl Spencer in June 1813.

One hundred and twenty women from districts throughout England were embarked on the Wanstead in 1813. Four had also been convicted in Scotland - The Caledonian Mercury reported on 3 July 1813..... Yesterday, Elizabeth Crosbie, Elizabeth Williams, Charlotte Patterson alias Scott and Margaret Smith alias Miller, convicts under sentence of transportation beyond the seas, were sent off from the tolbooth of this city (Edinburgh) under a proper escort, for the hulks in the river Thames.

This is one of the few mentions of women being incarcerated in the hulks.

Many women were also probably incarcerated in Newgate prison prior to boarding the Wanstead. Missionary Stephen Grellet visited Newgate in January 1813.....He wrote of this first visit in Memoirs of the Life and Gospel Labours of Stephen Grellet

The visit to that part of Newgate which is occupied by the women prisoners, had very nearly been frustrated. The jailor endeavoured to prevent my going there, representing them such an unruly and desperate a set that they would surely do me some mischief; he had endeavoured in vain to reduce them to order, and said he could not be responsible for what they might do to me, concluding that the very least I might expect was to have my clothes torn off. But the love of Christ constrained me, and I felt persuaded that He who called me to this service could again make way for me, and preserve me. My request was granted, and the path of duty being clear before me, I proceeded to the prison.

When I came to the small yard, the only accommodation for about four or five hundred women, I found there some who immediately recognized me as having seen me in the Compters, and who appeared much pleased at my now coming here. They told me that no preparation had been made to receive me, but that they would immediately do what they could towards it. 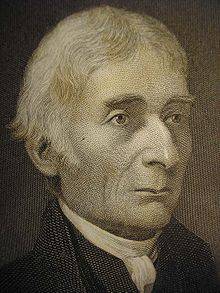 Owing to the darkness of the morning, the prisoners had been unusually late in getting up, and many of them had not yet risen. They occupied two long rooms, where they slept in three tiers, some on the floor, and two tiers of hammocks over one another. They had the whole soon rolled-up and all the women came together in one room. When I first entered, the foulness of the air was almost insupportable; and everything that is base and depraved was so strongly depicted on the faces of the women who stood crowded before me, with looks of effrontery, boldness and wantonness of expression, that, for a while, my soul was greatly dismayed; As I began to speak, their countenances began to alter; soon they hung down their heads; their haughtiness and proud looks were brought low and tears in abundance were seen to flow; great was the brokenness of heart manifested on this occasion.

I inquired of them if there were any other female prisoners in the place, and was told that several sick ones were upstairs. On going up, I was astonished beyond description at the mass of woe and misery I beheld. I found many very sick, lying on the bare floor or on some old straw, having very scanty covering over them, though it was quite cold; and there were several children born in the prison among them, almost naked. On leaving that abode of wretchedness and misery, I went to Mildred's Court, to my much valued friend Elizabeth Fry to whom I described what I had just beheld stating also that something must be done for those poor suffering children. She immediately sent for several pieces of flannel, and had speedily collected a number of our young women Friends, who went to work with such diligence, that on the very next day, she repaired to the prison with a bundle of made up garments for the naked children. What she then saw of the wretchedness of that prison induced her to devise some plan towards the ameliorating of the condition of those poor women and if possible to reform their morals and instil in them the principles of love and Christian religion.

Some of the women to be embarked on the Wanstead such as Mary Beck and Mary Black who were tried at the Old Bailey in 1812 had been in Newgate for many months. They were probably there when Stephen Grellet and then Elizabeth Fry made these first visits to the prison in January and February 1813.

Elizabeth Fry wrote in her journal on 16th February 1813 - Yesterday we were some hours at Newgate with the poor female felons, attending to their outward necessities; we had been twice previously. Before we went away, dear Anna Buxton uttered a few words in supplication, and very unexpectedly to myself, I did also. I heard weeping, and I thought they appeared much tendered; a very solemn quiet was observed; it was a striking scene, the poor people on their knees around, in their deplorable condition.

At the time, all the female prisoners in Newgate, were confined in that part, now known as the untried side. The larger portion of the Quadrangle was then used as a state prison. The partition wall was not of a sufficient height to prevent the state prisoners from overlooking the narrow yard, and the windows of the two wards and two cells, of which the women's division consisted. These four rooms comprised about one hundred and ninety superficial yards, into which, at the time of these visits, nearly three hundred women with their numerous children, were crowded; tried and untried, misdemeanants and felons, without classification, without employment, and with no other superintendence than that given by a man and his son, who had charge of them by night and by day. In the same rooms, in rags and dirt, destitute of sufficient clothing sleeping without bedding on the floor, the boards of which were in part raised to supply a sort of pillow, they lived, cooked, and washed.

With the proceeds of their clamorous begging, when any stranger appeared amongst them, the prisoners purchased liquors from a regular tap in the prison. Spirits were openly drunk and the ear was assailed by the most terrible language. Although military sentinels were posted on the leads of the prison, such was the lawlessness prevailing, that Mr. Newman the governor, entered this portion of it with reluctance, fearful that his watch would be snatched from his side. Into this scene, Mrs. Fry entered, accompanied only by one lady, Anna Buxton. The sorrowful and neglected condition of these depraved women and their miserable children, dwelling in such a vortex of corruption, deeply sank into her heart, although at this time, nothing more was done than to supply the most destitute with clothes. (Memoir of the life of Elizabeth Fry)

The Wanstead was the next convict ship to arrive in New South Wales with female prisoners after the Archduke Charles arrived from Ireland in February 1813. The Wanstead arrived on 9 January 1814 with one hundred and seventeen female prisoners, two women having died on the voyage out - Elizabeth Davies and Ann Simkins, (who drowned).

The convict indent includes name, when and where convicted, term of sentence, calling and age. Twenty four of the women were under the age of 21. On 13th January sixty-eight of the women were conveyed by water to Parramatta where they would have been employed at the Parramatta Factory spinning and weaving. A new superintendent William Henry Alcock had been appointed there in this same month after the old superintendent Benjamin Barrow was dismissed. If any of the women neglected their work or behaved badly the superintendent was to apply to the Magistrate Rev. Marsden who would order them to jail or for punishment.

The Wanstead was one of three convict ships bringing female prisoners to New South Wales in 1814, the others being the Catherine and the Broxbournebury. A total of 322 female prisoners arrived in the colony in 1814; the total (white) population was approximately 13 - 14,000.

Lachlan Macquarie had been appointed Governor in 1810 and by 1814 his building program was well under way in Sydney. The penal settlement at Norfolk Island had just been closed and the outpost at Newcastle became a major depot for second time offenders.

Four of the women of the Wanstead Judith Duggleby, Margaret Adcock, Sarah Coates and Eleanor Tomlinson found themselves at Newcastle in the next couple of years having committed colonial offences. Newcastle was under the command of Lieutenant Thomas Thompson at this time and a detachment of the 46th regiment formed the guard. The three women made the sixty mile voyage up the coast from Sydney on the
Lady Nelson. There were probably other small vessels moored in Newcastle harbour loading coal and cedar when the women arrived. When they stepped out onto the stone wharf, the women may have gazed up the hillside to see various huts and cottages dotting the hillside. There was no resident chaplain at Newcastle and Christchurch was yet to be built. Prayers were probably read by the Commandant, perhaps in a slab building. William Evans was employed as colonial assistant surgeon. He ran a small hospital but supplies were woefully inadequate. The women were probably assigned to government officials or military and employed as servants and washerwomen.

The Wanstead departed for Batavia on 10 February 1814. Charles Holding and James Pratt gave notice of their intention to depart on her. Captain Moore was intending to send back a freight of wheat and rice which were in short supply in the colony.

Henry Moore (Moor) was also Captain of the Fortune in 1806

1). Select here to find the names of the women of the Wanstead identified residing in the Hunter Valley region in the following years.

2). A list of the sixty eight women who were conveyed to Parramatta on 13th January follows ........

Bridget Bays (nee London) arrived as a convict on the Wanstead. She was the youngest daughter of Timothy and Elizabeth London. Bridget was born in Potter Heigham, Norfolk about 1783. She married Robert Bayes, shoemaker, born 1775 in Bloefield, Norfolk, in the Church of St. Mary Le Bone, London on 24. July 1802. Bridget and Robert were married for 10 years and had two children who survived:

Robert Bayes senior died in July 1812 at the age of 36. He was buried in the Church of St. Mary Le Bone on 25.7.1812. After the death of her husband, Bridget a widow with two small children, was undoubtedly left in dire financial straits. On 2nd October 1812, less than three months after Robert's death, Bridget, together with her friend Martha Bailey, was arrested in Dyott Street and charged with highway robbery.

She was Tried at The Old Bailey on 28. October 1812, found guilty and sentenced to DEATH, together with her accomplice Martha Bailey. This sentence was later commuted to transportation for life. Martha Bailey was not so lucky.

Bridget was held at Newgate Prison from October 1812 until August 1813 before being embarked on the Wanstead.

Bridget Bays is recorded in the 1814 muster in Sydney with fifteen other women, all employed as nurses. They were among the nurses at the first Sydney hospital (Rum Hospital). In the 1825 muster Bridget is recorded as the wife of S. Harris of Bringelly. She died in June 1826 and was buried in the parish of St. Philips, Sydney in the County of Cumberland on 28th June 1826. Contact Descendant