On the 19th March 1830 the Military Guard, consisting in all of 51 souls according to the surgeon embarked at Deptford. The Guard was under the command of Lieut. Watson of 20th regiment.

On 27th and 29th March, 228 convicts were embarked at Sheerness. The Marquis of Huntley set sail on 9th April, however they were driven in to Spithead on 20 April and did not resume their journey until 27 April 1830. 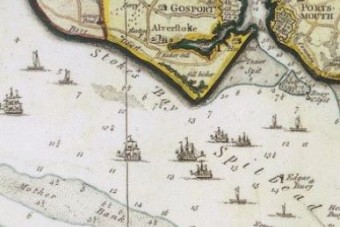 William Bell Carlisle kept a Medical Journal from 11 March to 2 September 1830. He remarked in his journal that of the transportees received from Chatham, fifteen were found to have 'various sores and hurts upon them'. There were several cases of diarrhoea from change of diet early in the voyage. On 22 May one of the convicts was found to have spongy gums and a livid complexion, indicating scurvy, and was immediately given lime juice which in 12 days restored his health. The same treatment was equally successful with other cases later in the voyage. [1]

James Ward Martindale, surgeon of the 17th regiment joined the vessel as a passenger.

Steerage passengers included eight free women who were going out to join their husbands as well as ten children.

The Marquis of Huntley arrived in Port Jackson on 21 August 1830. The Surgeon remarked in his closing notes that he had the satisfaction of landing the guard and all the convicts, except Edward Cooper, in perfect health.

A Muster was held by Colonial Secretary Alexander Macleay on 25th August 1830.

The indents include name, age, education, religion, marital status, family, native place, trade, offence, when and where tried, sentence, prior convictions, physical description and where assigned to on arrival. There are also occasional notes re pardons, deaths, punishments and relatives already in the colony. Some of the notes include the following information:

James Bell, coachman from Deptford was executed at Norfolk Island

Joseph Coleman and Henry Colean from London were brothers. Joseph was executed at Newcastle 4 March 1833

Guy Foggarty had sister is law in the colony, Mrs. Serjeant

Benjamin Nicholls age 47 from London. Died in the General Hospital at Sydney 22 June 1836

Joseph Pickering - Three brothers in the colony, John, Matthew and Richard Pickering in 1828

Robert Williams. Sent to Moreton Bay for 3 years in 1831

John Watson - From Leeds. 2nd conviction. Came in the Elizabeth in 1816 for 7 years. Pardoned then went home in Earl of Liverpool in 1827.

The Sydney Gazette reported: The prisoners by the Adrian were landed on Monday, and those by the Marquis of Huntley on Thursday, making in all a total of three hundred and ninety-five. They are mostly fine powerful men, and will prove an acquisition to our up country friends, having a considerable portion of agriculturalists in their number.

2). In the 1820's William Bell Carlisle was granted 2000 acres of in the Hunter Valley which he named Satur.

3). Find out more about bushranger Buchanan Wilson who arrived on the Marquis of Huntley

4). Convict Joseph Coleman was executed at Newcastle in 1833

5). Hunter Valley convicts / passengers arriving on the Marquis of Huntley in 1830