Use the Search Box above to find your Hunter Valley Ancestor.
Isaac Scott Nind was born in Tewkesbury, England, son of James and Sarah Hind.[1]

He was attached to the 39th Dorsetshire Regiment as surgeon and probably arrived in Sydney with detachments of the regiment in 1826.

Soon after arrival he was appointed an Assistant Colonial Surgeon to an expedition to King George Sound under commander Major Edmund Lockyer.

The expedition sailed on the Amity and included soldiers of the 39th regiment and twenty-four convicts. They arrived at King George Sound on 25th December 1826. 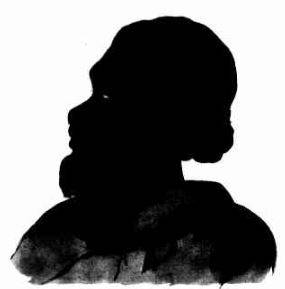 Sketch of Mokare by Louis de Sainson in July 1826.


Isaac Scott Nind was a skilled artist and produced some works while at King George Sound. He became friendly with the aborigine Mokare, who had been sketched by Louis de Sainson when Dumont d'Urville's French exploratory expedition visited earlier in the year. Nind shared his hut and rations with Mokare and in return learned much about the local Nyungar people. [1]

Despite his difficulties, Isaac Scott Nind maintained a keen interest in the natives of the district and produced a Paper that was later published in the Journal of the Royal Geographical Society - Description of the Natives of King George's Sound (Swan River Colony) and Adjoining Country

He returned to New South Wales in October 1829 and then sailed for England where he remained for about four years. [2]

On his return to New South Wales in 1833 he settled at Paterson where he continued to practice medicine. He opened a chemist store in Paterson in 1846. [3]. He was also granted a Spirit Merchant's licence at Paterson in the years 1850 - 1853 [4]. He probably remained at Paterson until 1856. The Paterson Academy was established in his former residence in 1859 [7]

He married Maria Anne Thompson in Sydney in 1858 and settled at Liverpool, New South Wales. Five daughters were born to Maria and Isaac Scott Nind between 1859 and 1868.

In August 1863 his residence at Liverpool was offered for sale and the advertisement included a description of the cottage - A very Superior cottage residence in the town of Liverpool at the corner of Moore and Northumberland streets a short distance from the old Ship Inn was advertised for sale by the Executors of the estate of the late Mrs. Hill - The handsome and commodious verandah cottage occupied by Dr. Nind, being one of the most substantial comfortable and modern style of cottages in the town of Liverpool. There was a good hall opening form the verandah and leading to the dining room. On the right hand were the principal bedroom and nursery and on the left hand side the drawing room and a second bedroom. On the west side with a separate entrance from the verandah were two rooms intended for bedrooms but used by Dr. Nind as a reception room for patients and a surgery. The kitchen was detached with the servants rooms adjoining it. [8]

Isaac Scott Nind died in 1868. The Maitland Mercury reported his death: - Paterson - Many old residents of our district will regret to learn the death of Dr. Isaac Scott Nind, which event took place at his late residence at Liverpool. During the past week he had reached is seventy first year, and he leaves behind him a widow and five daughters to mourn their loss. Dr. Nind was a resident of this town for upwards of thirty years, where he practised his profession, during which time he was very highly esteemed by all classes of our community. [9]

2). Vocabulary of natives compiled by Isaac Scott Nind during the two years he passed at King George's Sound - The Colony of Western Australia: A Manual for Emigrants to that Settlement.