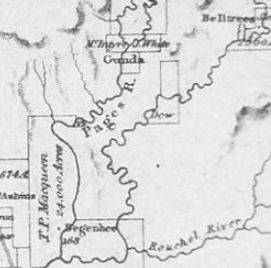 Hamilton Collins Sempill was born in Scotland in 1794, son of Hamilton Collins of Bonaw, and heir by will to the estates of his grand uncle Robert Sempill of Castlebarns, Edinburgh, provided he assumed the name of Sempill.

He became Manager of Thomas Potter Macqueen's estate Segenhoe which had been managed up to that time by agent Peter McIntyre. He resided on the Segenhoe estate until Thomas Potter Macqueen arrived in the colony in August 1834 and took up his residence there. The Sempills were then required to find other accommodation, first living in a smaller unsatisfactory building and then later building a permanent home at his 2560 acre grant at Belltrees.

Hamilton C. Sempill came into financial difficulties in the 1840's depression and returned to Scotland in 1842, partly with a view to procuring the emigration of shepherds from the Highlands of that country. The Australasian Chronicle reported on 16 April 1842, the departure of the vessel Eweretta. Passengers included Mr. and Mrs. H.C. Sempill, Miss Sempill, Miss Agnes Sempill, Master F. and J. Sempill.

On learning of the continued decline in the pastoral industry of the colony, he decided to dispose of his interests in New South Wales. His property, as advertised for sale in the 'Sydney Morning Herald,' in March, 1844, consisted of his station in New England, called Walca (Walcha) and Dungowan Creek, with the stock thereon, also the stock running at Ellerston, Beltrees, Aberfoyle, Long-flat, and Hornsdale.

Belltrees was acquired by William Charles Wentworth however Wentworth did not reside at Belltrees and the estate was leased by James White Junior in 1848.

In 1853 Belltrees was purchased by the White family. 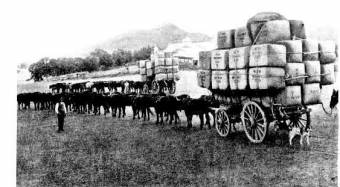 1). Find out more about the White family of Belltrees and Glenalvon, in 'Daisy in Exile, the story of an Australian schoolgirl in France 1887 - 1889 by Marc Serge Riviere

4). The Northumberland Hotel in Maitland was built by Sempill in 1840