The Guard consisted of a detachment of the 40th Regiment, under orders of Lieutenant Richard Thornhill. The 40th had been serving in Ireland.......

Following is an excerpt from Historical Records of the 40th (2nd Somersetshire) Regiment By Raymond Henry Raymond Smythies listing the ships that brought detachments of the 40th regiment to New South Wales in 1823 and 1824..........

Early in March 1823, the commanding officer, Lieutenant-Colonel Thornton received an intimation that it was intended to send the regiment to New South Wales. In the meantime it was ordered to proceed to Dublin, thence by sea to Liverpool, and after that by road to Chatham, in order to form guards for convict ships when required.
The head quarters reached Dublin on 15th March and occupied the Royal Barracks. On the 30th the whole regiment embarked at Pigeon House, in eight small vessels, and reached Liverpool the following day.

A twenty eight days march, including three Sundays, brought the regiment to Chatham. The Regiment marched in three divisions; the first arrived at Chatham on 21st April; the second, consisting of two companies, halted, and remained at Deptford; and the 3rd reached Chatham on 23rd April.

During the next year the 40th was sent out, in small detachments, as guards on board convict ships to Australia. This was after several years rough service in Ireland, and but a short period of rest in England........

Other ships bringing detachments of the 40th regiment included the Minerva and Ann and; Amelia.

On Thursday, 160 convicts were transhipped from the Hulks at Portsmouth for the Guildford bound to New South Wales, and placed under the superintendence of Mr. J. Mitchell, Surgeon, R.N. The rapid increase of emancipated convicts, the last returns being 7556 and 5859 children has determined Government to establish a Court of Judicature in the colony. Chief Justice Sir Francis Forbes and family go out in the Guildford. As well as Chief Justice Forbes, Lady Amelia Sophia Forbes and their three children, passengers included Mr. James Glennie. 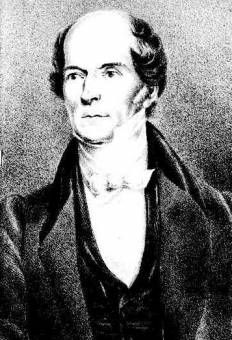 The Guildford arrived at Portsmouth from the Downs on 13th August and departed Portsmouth on 18 August 1823 in company with the Asia which was taking convicts to Van Diemen s Land.

The Guildford sprang a leak after leaving Teneriffe and was compelled to put into Rio for repairs. Probably she was fortunate to make the south American port, as the leak necessitated continuous pumping. She was hove down and rendered watertight, the guard and convicts being transferred to a hulk lent for the purpose by the Brazilian government. Her two months sojourn at Rio caused considerable sickness among the convicts but the only man to die on the passage was accidentally killed when, in the high southern latitudes, he was flung into the hold and pitched on his head. The Guildford did not leaving there until December 1823.[3]

Select Movement of the 40th regiment to find out more about the voyage.

On arrival of the Guildford in Sydney on 5 March 1824 with 159 male prisoners, the Sydney Gazette reported:

Arrived on Friday last to the joy of the whole Colony, alarming apprehensions being entertained of her safety, the ship Guildford, Captain Johnson, from England. She brings 159 male convicts: the original complement was 160, but one was accidentally killed.[4]

The prisoners were landed on 8th March 1824. Fifty-seven men were forwarded by water to Parramatta for distribution to Liverpool, Airds, Appin, Minto, Windsor and Bathurst. The following day another thirty one men were sent to Parramatta, twenty-four to Liverpool, sixteen to Bathurst and five to Windsor.

The Guildford departed Sydney for England via Hobart in June with invalids from the 48th regiment on board viz 3 serjeants and 28 privates with 7 women and 14 children under the charge of Lieutenant Croasdaile of the Buffs.


Convicts of the Guildford identified in Hunter Valley -

1). James Mitchell was also surgeon on the convict ships Neptune in 1820 and Guildford in 1822

2). In 1837 Sir Francis Forbes was examined by the Select Committee on Transportation.

3). Find about bushranger Aaron Price who arrived on the Guildford