Use the Search Box above to find your Hunter Valley Ancestor.
My thanks to the O'Connor family for the following Chapters

In Ireland
Him whom they wished to keep a slave,
they sought to make a brute -
They banned the light of heaven
they bade instruction's voice be mute.
God's second priest - the teacher -
sent to feed men's minds with lore -
They marked a price upon his head
as on the priest's before.
For well they knew that never
face to face beneath the sky,
Could Tyranny and Knowledge meet
but one of them should die.- Mitchell


During the 18th century England continued to persecute the Catholics and to exact an unjust living from the peasants in Ireland. The celebration of Mass and the traditional forms of worship and education were forbidden. The British soldiers, known as the -Redcoats'-. aided by the Scottish and Anglo-Irish landed gentry, the 'Whitecoats', in their efforts to enforce these laws hunted the priests and dedicated teachers round the land. They used extortionist middle men to make profit by supervising their lands and exacting double taxes from the peasants and farmers so as to keep a tidy sum for themselves. As well. the hard­working peasants had to pay tithes to support the clergy of the Established Church. Landlords exempted themselves from these tithes because it was 'the cultivators of the soil' who had to pay. The tithe proctors who were sent to collect these tithes demanded double payment from the farmers so that they too would have a comfortable income. There was nothing the peasants could do, no such thing as `justice', or a court of appeal. If they did not have the money to pay, their cow or their goose, if they had one, their furniture or household goods would be taken, and when finally they were destitute they would see their homes `tumbled' and their tillage turned to pasture.

The poor of Ireland were driven to desperation by injustice, poverty and wretchedness. They agreed among themselves to work and to strive for decent conditions and 'never to desist from their efforts until Ireland was a free country. They struck at the landlords where it hurt most, they tore down new fences, burned haystacks and farm buildings and scattered herds. The whole of Ireland was faced with deep trouble. In 1796 the Government passed the Insurrection act which allowed the Lord Lieutenant to place any district under Martial Law, to declare a curfew or to billet troops in farm houses without paying anything for food or board, or without any restrictions on the brutality of their conduct. Military Courts could order, without trial, transportation for any unfortunate caught breaking the curfew or thought to be guilty of an offence.

Is it any wonder that Australia received so many Irish convicts? or that, as soon as there was a bounty to pay their fare, there were so many Irish immigrants? Is there a wonder at the number of Irish shepherds used on the large pastoral holdings in the days before fencing? or, a little later, at the number of Irish men building the railway lines throughout Eastern Australia? Is it any wonder that they worked so industriously, women sewing and baking as well as men working the land, and saved so carefully to be able to buy their own land? Since so many of them were forced to remain illiterate as is testified by the marks they had to make instead of signatures on marriage certificates, they valued education for their children. There was no place for them in the few private schools which were linked with the Anglican Church, so there are records of poor parents collecting in pennies to pay someone, even an ex-convict to start a school. 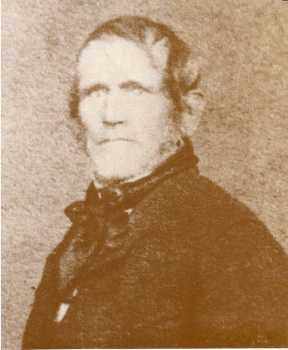 Mass was celebrated in caves and secret places, and teachers held classes in the caves, behind the hedges of the fields or in the high pastures. Catholic families considered it an honor to shelter and feed these devoted men even at the risk of their own lives.

When the dreaded Redcoats came seeking a hedge teacher during the 1798 disturbances, Mr. Connor would not give any information and so was hanged in his own cart (a heavy stone having been thrown into the back of the cart after he was tied in the shafts). His wife and daughters watched, horrified and terrified from within their home, but could do nothing to save him. Then the Redcoats rode off.

This was the scene that greeted Henry Connor and his brother when they came in from working in the fields. The Redcoats in that particular area now had the Connor family marked for harassment and destruction so Henry moved the family from the farm into Dublin. The boys found work at D'Arcy's Brewery.

Henry eventually married Margaret D'Arcy, daughter of the owner of the Brewery, and they lived in the Usher's Quay area of the city. They had two sons, Moses born 23 December 1806 and John who was christened in St Audoen's Church, Usher's Quay, 11 November 1810, and a daughter. As the boys grew up Henry trained them in the brewery business with him.

John was not yet twenty years of age when he married and then had the misfortune to injure a British soldier. On a fateful day in 1830 John waited after work to walk home with his sister who had been shopping. The Redcoat on curfew duty near the bridge stopped them saying, 'Tis too late to be courting, take your lassie home. John made a push at the soldier with his umbrella as he replied, 'And that is just where we are trying to go if you will let us be on our way.' Unfortunately for John the soldier slipped and fell, hitting his head on the curbstone. 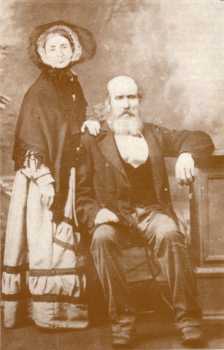 Since the Connor family was already marked because of their catholicity and their care for the priests and teachers, John was now a wanted man and fled the country, leaving behind his wife and baby son rather than suffer any further at the hands of the British. Moses also left Dublin and the persecutions and came to Australia, finding work at Glennie's Creek, near Singleton. Their sister went to England married a Mr. Bermingham and lived in Chester.