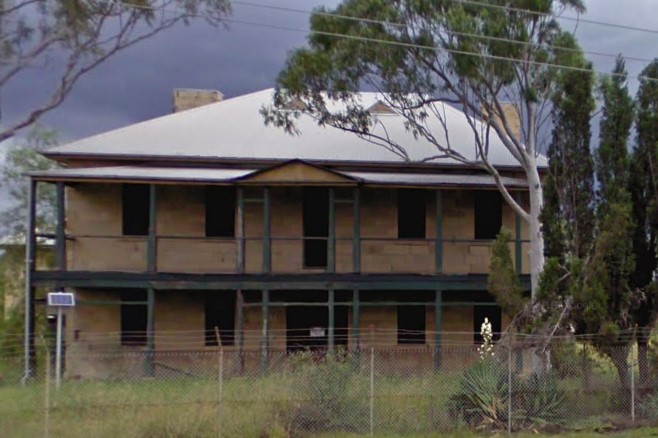 
At the junction of the Chain of Ponds and Saltwater Creek situated on the old New England Highway at Liddell there still stands today the old Inn once known variously as the Chain of Ponds Inn, the Lady Gipps Inn, Lady Mary Fitzroy Inn, Coach and Horses Inn, Star of the North and the Halfway House.

The Inn had been established by pioneer Henry Nowland c. 1842. Nowland also established a stage coach business for roads to the north. Both the Inn and the Stage Coaches thrived until the coming of the railway (to Muswellbrook c.1869) when the coaches were made redundant and the Inn was by-passed by a new road.

The old Inn was described by historian Wilfred Goold in 1940 as a fine two-storey stone house, convict built, with massive stone walls in as good a condition as when erected 100 years previously. [1]

Today the former Inn adjoins the site of a coal mine and is in a dilapidated and uninhabitable state. 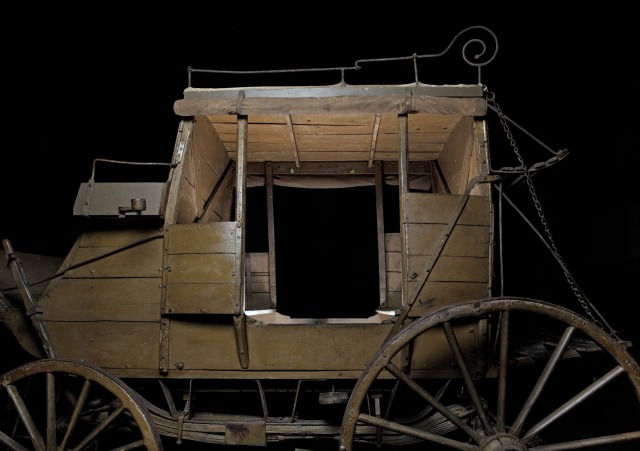 Nowland leased the Inn to James Watson who in 1845 advertised his new venture under the sign of the Lady Gipps Inn:

James Watson who formerly kept the Shamrock Inn, begs leave respectfully to inform his friends and the public that he has opened that commodious House built by Mr. Henry Nowland, at the Chain of Ponds half way between Singleton and Muswellbrook and trusts by a strict attention to the comfort of travellers and moderate charges to merit a portion of their patronage. Splendid stabling and supply of horse provender. Chain of Ponds, Liddell [2]

The Lady Gipps Inn was re-named Lady Mary Fitzroy Inn in remembrance of the accidental death on 7 December 1847 of Lady Mary Fitzroy, wife of the then governor of NSW Sir Charles Augustus Fitzroy.

James Watson was granted a publican's licence for the Lady Mary Fitzroy in 1848.[3]

Thomas Guest was granted a Billiard and Bagatelle Licence in November 1863. He was also granted permission to have music and dancing at the public house. In 1868 the country mail from Singleton was stuck up by a bushranger nearby Guest's Inn. The coach was taken 300 yards off the main road and the mail bags ransacked. There was great alarm at the Inn when the news arrived and although patrons started off in pursuit immediately, they were unsuccessful in apprehending the bushranger [7]

In 1870 the Inn was advertised for sale along with other properties by order of the Mortgagers:
Valuable and well-known freehold properties situated in Muswellbrook, Chain of Ponds, Wybong Creek etc:
1920 acres of land near Wybong Creek known as Calatuta Estate (Calatoota)
All that property at the chain of Ponds, parish of Liddell, area 4 acres, 3 roods, 31 percheses with the valuable stone buidings and premises thereon occupied and kept by Mr. McAlpine as The Star of the North Inn
Town and Suburban Allotments in Muswellbrook [8]

The property was purchased by the McMahon family c. 1898 and later owned by the Electricity Commission of New South Wales [9]

In 1879 a visitor to Singleton described his journey by coach. The coach driver was John Vigors who was born in Surry in 1832 and arrived in the colony c. 1851: I came into Singlton as a passenger by the Royal Mail Coach, driven then by "Old Vigers" as he was familiarly called, and the journey of about 20 miles was accomplished in the extraordinary time of five hours. This breakneck pace was toom much for my nerves altogther; and now, whenever I wish to make this trip, I hire a horse and accomplish it with comfort in two hours and a half. [10]