Use the Search Box above to find your Hunter Valley Ancestor.
John (Johnny) Vane was born at Jerry's Plains on 26 June 1842. By 1848 his family had moved to Kelso, near Bathurst. They later settled near Trunkey Creek and then at Neville, south-east of Blayney.

On 30th July 1863 members of Ben Hall's gang of bushrangers, John Gilbert and John O'Meally conducted the first daylight bank robbery in the colony of New South Wales. They acted on information they had received from John Vane.

John Vane was only twenty-one and was a member of Ben Hall's gang for around four months. In that time they raided the town of Bathurst and controlled the town of Canowindra for three days, as well as many other raids on stations, stores, mail coaches and travellers. [1]

During the raid on Dunn's Plains 24 October 1863, Mickey Burke a good mate of Vane's was shot and killed during the gunfight. On 18 Nov 1863 Vane surrendered to Father Timothy McCarthy who escorted him to Bathurst gaol. Vane was sentenced to 15 years hard labour at Darlinghurst gaol, but was released after only nine for good behaviour. [7] 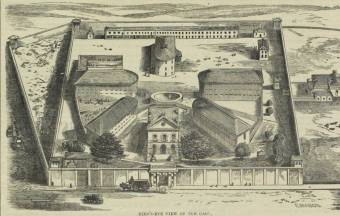 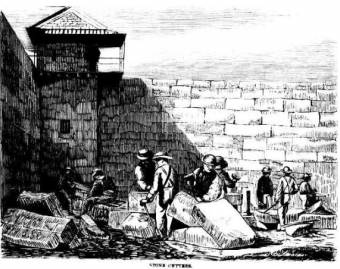 John Vane was admitted to Bathurst gaol from Carcoar in May 1875 under sentence of 3 months hard labour having been found guilty of stealing. [5]

In May 1880 the Darling Downs Gazette reported that John Vane, ex bushranger was under committal at Bathurst on a charge of stealing 431 sheep, the property of T.A. Smith, P.M., of Trunkey. The principal witness was Terence McCann, an accomplice, who turned approver. [4] John Vane's arrest and trial made news throughout the colony.

The Sydney Morning Herald gave an account of the trial on 7 July 1880.......At the Quarter Sessions John Vane of bushranging notoriety, was indicted for stealing 421 sheep, the property of Mr. T.M. Smith. The principal witness was a prisoner named Hargans who is serving a sentence of two years in Parramatta gaol, for stealing the sheep in question. Terence McCann, another witness and who is under committal for horse stealing, had been concerned in the matter with Vane and Hargans, and had given information to the police. The evidence was quite clear, and Vane was convicted and remanded for sentence. The sheep owners of Trunkey district have for a considerable period suffered through the depredations of a gang of thieves, who have up to the present, carried on their operations with impunity.

On 6th July 1880 John Vane was admitted to Darlinghurst prison from Bathurst Quarter Sessions on a charge of sheep stealing. He was sentenced to 5 years on the roads and sent to Berrima gaol on 29 July 1880.

He was transferred to Parramatta gaol in April 1881. His description at the time was recorded - he was 5ft 11 1/2in, with a medium build, sallow complexion, brown to grey hair/ bald and hazel eyes. He had moles on his arms and back and a 'Roman nose'.[6]

Johnny Vane died of Ilo-Colitis and exhaustion at Cowra hospital 29 January 1906 aged 63 years. His obituary was published in the Melbourne Argus 31 January 1906 - The death is announced from Cowra of Johnny Vane, the last of the notorious Ben Hall gang of bushrangers. He died in the hospital aged 64. Vane was regarded as the most humane of the gang. He served long sentenced in the Bathurst gaol, where he learned the trade of a stonemason, which occupation he followed for some time after his release. Subsequently he engaged in farming and led a quiet respectable life.

John Vane was buried at Woodstock cemetery in January 1906.

1) Charles White was acquainted with John Vane. He published the story of John Vane's bushranging days a few years after the death of Vane - 'Among The Bushrangers' - by Charles White. The Advertiser 10 October 1908

2). John Vane, Biography of a Bushranger by Craig Bratby begins with the arrival of the bushranger';s convict grandfather in 1803 and grandmother in 1809, exploring the challenges faced during the development of the NSW penal Colony under Governor Lachlan Macquarie.