Use the Search Box above to find your Hunter Valley Ancestor.
Date of Seniority Royal Navy 7 June 1828 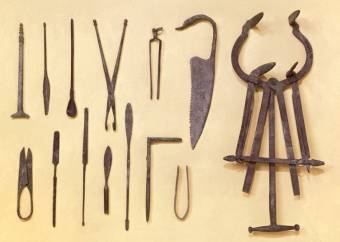 David Deas was born at Falkland in September 1807 son of Francis Deas, provost of Falkland, Fife and Margaret, daughter of David Moyes. He was educated at the high school and the University of Edinburgh, and having become a licentiate of the Royal College of Surgeons of Edinburgh in 1827, entered the Royal Navy 7 June 1828 as an assistant-surgeon. [12]

He was appointed Surgeon to H.M.S. Hydra on 6 December 1839 1839.[2] H.M.S. Hydra, steam vessel was built in 1838 and employed in the Mediterranean. Commander Robert S. Robinson. William Brydon was employed as purser and William Leitch assistant Surgeon.

David Deas was on the List of Surgeons of the Royal Navy who were fit for service in 1841.

David Deas was appointed Surgeon Superintendent on the Lord Petra in 1843 (to VDL). He kept a medical journal from 17th June to 15th November 1843.

In 1854 he was appointed Deputy Inspector to the Britannia[5].

He was appointed Chief Surgeon of the Fleet in 1857[9]

He was appointed to succeed Dr. Nisbet in medical charge of Haslar Hospital in March 1861

He is listed in the Medical Register of 1865 -
Inspector General of Hospital and Fleets R.N.,
Qualifications Lic. Royal College of Surgeons, Edinburgh 1827.

On 31st July 1860 he was married at Hollycot, Lasswade to Margaret, youngest daughter of William Hepburn Esq., [11]. A son was born to the couple on 5th April 1862 at Haslar, Gosport.

The Blackburn Standard reported on 22 January 1876 that Sir David Deas, K.C.B., Inspector-General of Hospitals and Fleets died on Saturday in his 69th year at the residence of his brother Lord Deas, in Edinburgh.