The Mount Stewart Elphinstone was built at Bombay in 1826.

She was fitted out for reception of prisoners at Deptford and departed there for Woolwich on 21 May 1849.

The Guard under the command of Lieutenant Reney of the 96th regiment embarked on 22nd. May. They were accompanied by 5 women and 8 children. According to the surgeon, they all seemed to be in a healthy condition.

On the 25-26 May, 163 Exile prisoners were received on board; 69 from Pentonville prison; 39 from Milbank; 24 from Wakefield and 21 from the hulks off Woolwich. The men from the hulks appeared healthier than those from the different prisons.

Thirty two convicts embarked from the hulks at Portsmouth on 30 May. Two or three of these convicts were rejected on the ground of being unfit for the voyage, but two of the thirty two who embarked were in the bad state of health, and they died of phthisis during the passage.

The ship sailed from Spithead on 31st May and on the evening of the 2nd June came to Portland Roads and on the 3rd to Portland Prison where 35 prisoners were embarked.

They arrived at Cove of Cork on the 7th June. John Martin and Kevin O'Doherty, two state prisoners who had been held in the Richmond Penitentiary were embarked from HM Steamer Trident on the 17th June. 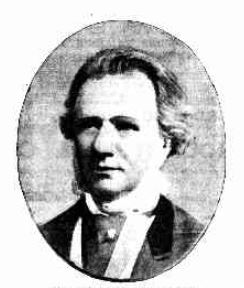 
The details of their journey from the prison was reported in Bell's Life....... A body of mounted police arrived, accompanied by the black cart, or prison van, which, with its escort, entered the prison gates and drew up in the inner yard. The query was then put if the prisoners were ready. The reply was, that they were asleep, and that they would then be roused. So secret were all the arrangements kept, that none of the public had the least intelligence of the intended removal of the two prisoners.

At about half-past six o'clock Mr. Martin issued from his cell, and stood in the prison-hall prepared for departure. He bade a kindly farewell to the Governor and officials, and warmly shook hands with one or two gentlemen who were present. Mr. O'Doherty then came out dressed as if for travelling. Mr. Martin expressed himself as in good health, but there appeared a painful shortness in his breathing, and his cheeks seemed flushed. Mr. O'Doherty looked in rather delicate health ; but both maintained a sad but firm bearing. As they stood in the hall a side-door opened, and Mr. Smith O'Brien stood in the door-way, having come from his cell to bid farewell to his fellow-prisoners, perhaps for ever.

This scene was soon over, and turning away from the door, which closed again on their friend, the two prisoners announced themselves ready. Mr. McManus came down also, and wished to remain and see them take their departure; but this privilege was not allowed him. He took his brief and painful adieu, and returned to the solitude of his prison. After some delay in getting fixed the few articles of baggage belonging to the prisoners, the van, with its escort, issued from the prison-gates, where it was met by nearly a regiment of dragoons-the advanced guard with loaded carbines, and the rest with swords drawn. Mr. O'Farrall, Inspector of Police, was present. The cortege set off at a gallop along the Circular-road, skirting the city, and struck in on the Kingstown highway at Haggot-street Bridge, and thus at a rapid pace proceeded to Kingstown, where the Trident war-steamer was awaiting the arrival of the prisoners, with orders to proceed, after having received them on board, to Cork Harbour, where she will land the prisoners at Spike Island.'

There were fears of an outbreak of cholera after a young soldier of the Guard became ill and another soldier and two prisoners afterwards were also affected and they were ordered to be landed as soon as possible. One was sent to the Depot at Spike Island and two were sent to the Naval Hospital in Dublin.

The Mount Stuart Elphinstone sailed from Ireland for Sydney and Moreton Bay on 28th June and there were no further cases of anything resembling cholera.

George Todd Moxey........Our passage was only 97 days to Sydney but in consequence of blowing weather at starting and strong Trade Winds several of the Guard and Convicts suffered a great deal from sea sickness and many on board fell into a low state of health within the Tropics when almost all the cases of Dyspepsia and Scorbutus were added to the sick list.(1)

Schools were set up on board and those who did not attend were employed as tailors, 400 suits of clothing having been sent from Milbank Prison for making up during the voyage.

The Mount Stuart Elphinstone anchored in Port Jackson on the 3rd and remained there until the 20th October when after we had landed our two State Prisoners Messrs Martin and O'Doherty on the brig Emma for a passage to Hobart Town and, who I may say maintained an excellent state of health during the voyage notwithstanding the direful forebodings as to the fate of the former gentleman by his friends in Ireland - the Mount Stuart Elphinstone proceeded on to Moreton Bay with 225 convicts on the evening of 1st November.[1]

Moreton Bay was first explored by John Oxley in 1823 and in the 1820's had the reputation as a dreaded penal settlement ruled by Captain Patrick Logan of the 57th regiment, however it had been thrown open for free settlement a decade before the Mount Stuart Elphinstone arrived and many changes had taken place. Although there were thousands of convicts who were sent to Moreton Bay for colonial crimes, the Mount Stewart Elphinstone in 1849 and the Bangalore in 1850 were the only two ships bringing convict 'Exiles' direct to Moreton Bay, then part of New South Wales. Transportation to New South Wales had ceased in 1840 and the arrival of Exile ships was controversial, however squatters and pastoralists particularly on the Darling Downs were in need of labour and welcomed the addition to their dwindling work force.

The surgeon regretted not being able to land at Moreton Bay, being busy on board, however he included a description in his journal of the voyage up the river to the settlement and included information as to how many of the convicts were to be employed....The Town contains 1200 inhabitants and the Port being open for immigration is daily increasing. The surrounding country is particularly well adopted for grazing and an extensive tract of land at the Darling Downs about 70 miles from Brisbane is considered to be one of the best adopted for sheep. The squatters are a superior stamp most being young men highly connected. Most of the convicts were hired by these gentlemen Squatters as shepherds and bullock drivers receiving from £14 to £20 per annum with rations.[1]

The prisoners all being indulged with tickets of leave were hired on board or landed for that purpose between 3rd and 9th November. The ship sailed soon afterwards and sailed to Sydney on 20th November. The Guard were disembarked on the following day.

3). A description of the old Mount Stewart Elphinstone written in 1873

4). Prisoners and passengers of the Mount Stewart Elphinstone identified in the Hunter Valley

Among representative Irish Australians a prominent place belongs to Dr. Kevin Isod O'Doherty, whose portrait we present in this week's issue. A late cablegram apprised us of the cordial welcome which greeted the doctor on his visit to his native country, after many years' absence, and of his claims as an Irish patriot being recognised by his having the freedom of the city of Dublin conferred upon him.

Whatever differences of opinion may exist as to the doctor's aspirations with respect to the land of his birth, there can be none with regard to the way in which he has done a manly part in the land of his adoption. His career in Queensland has been almost coeval with its existence as a separate colony, and in professional and public life his name has been equally distinguished and respected.

By those who have been favored with his personal intimacy, he is known as a most genial companion and staunch friend ; and by his fellow-colonists generally as a thoroughly single-minded, unselfish, and upright gentleman. Dr. O'Doherty is one of the few survivors of the 'Young Ireland' party, his fidelity to whose principles he attested by several years' exile in Van Diemau's Land. ' '48,' the memorable year of revolutions,' found him a medical student in Dublin, and, as was naturally to be expected from his ardent and impulsive youth, a warm sympathiser with the movement of which Smith, O'Brien, Mitchell, Meagher, and Duffy were the foremost leaders. An article which appeared, with his name attached, in a newspaper started by him and some college friends, furnished matter which, in the then critical state of affairs, was sufficient to procure a conviction under the provisions of the newly introduced Treason Felony Act ; at least the friends of the accused state that the Castle authorities took care that it should be sufficient ; and accordingly O'Doherty was sent abroad on a sentence of 14 years. He has often jocosely referred to the penalty he paid for his solitary effort as a leader writer.

On arriving at Hobart Town he was granted a ticket of leave, and for some time occupied himself professionally in the local hospital. John Mitchel, in his famous 'Gaol Journal,' speaks of the doctor at this period as 'a fine, erect, noble- looking young man, with a face well bronzed by air and exercise.' In 1854 O'Doherty, with Smith O'Brien and others of the Irish political prisoners, was amnestied, and permitted to return to Europe. A few years were devoted to the completion of his medical education, after which the doctor sailed for Australia, and settled in Brisbane.

He had meanwhile married a lady to whom he had long been tenderly attached, and who, like her husband, was an enthusiast in the 'national cause.' As 'Mary,' of the NATION, she was widely celebrated, many of her poetical contributions to that paper being characterised by remarkable tenderness and beauty. Dr. O'Doherty is an esteemed member of the Parliament of Queensland, and he is still an advocate of Irish legislative independence, but just as emphatic, and unquestionably as honest, in maintaining that his convictions in that respect are not incompatible with perfect loyalty to tho Empire. - Australian Town and Country Journal