Use the Search Box above to find your Hunter Valley Ancestor.
The City Arms Hotel was situated on the eastern corner of Market and Hunter Streets Newcastle. It was built on part of the Market Reserve. 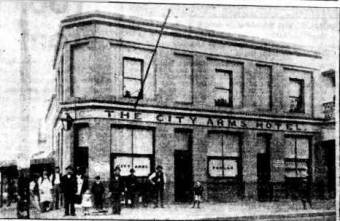 On May 15 1870 a licence for the City Arms Hotel was granted to Jospeh Walmsley who formerly held the licence for the Miner's Arms in Lake Macquarie Road Newcastle (later Darby Street). 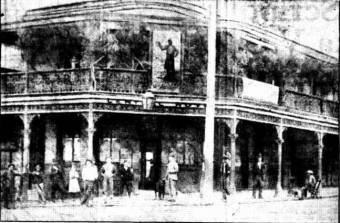 Eventually a verandah was added to the front of the buildling extending along Hunter Street and down Market Street.

Joseph Walmsley held the licence until 1881 when Samuel Hall took over. 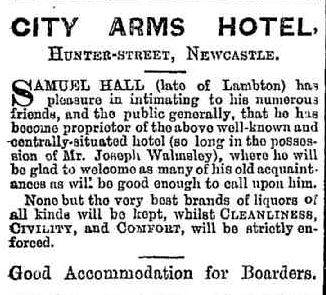 The name was later changed from the City Arms Hotel to the Central Hotel.