John Platt was a convict who had been tried in Lancaster on 18 August 1798 and transported on the Royal Admiral in 1800. Governor King referred to him in correspondence to Sir Joseph Banks:

Unfortunately we have only one miner in the country, who is a convict for life. He is very clever, and is now boring over a seam of coal at the head of George's River, which is on the south-west side of Botany Bay. I send a small sample of the coal procured there in the box, which appears to be much superior to that found to the northward. As the miner is intelligent and master of his business, I hope we shall get at that article.

Early in 1801 King again wrote regarding Platt - If he should in the end fail here (at George's River) I shall remove him and his men to the northward of the rivers' (i.e., to the Coal River).

In April 1801 Governor King had under consideration the matter of sending an expedition of inquiry to the Coal River for the purpose of ascertaining information relative to its value to the Colony for coal, timber and other purposes, and wrote to Sir Joseph Banks in that month in the following terms: "As soon as the Lady Nelson is re fitted (which I hope will be about middle of June), I shall send her to examine the Coal River, between this and Port Stephens, and as Colonel Paterson has offered to go in her I hope we shall gain perfect knowledge of that article and facility of getting it. A vessel belonging to an individual is now there loading coal and cedars, and as the master of her is very intelligent, I hope to get much information from him."

The vessel referred to by King was the "Anna Josepha," owned by Simeon Lord, and commanded by Hugh Meehan. who also had a financial interest in the brig, apart from his command. She was of 170 tons burthen, and carried a crew of twenty eight men with two guns. [3] She left Sydney on the morning of April 7, 1801, and entered Coal River during the same evening, taking an anchorage inside Pirate Point on the north shore, in the vicinity of a sawpit made there some time previously by Meehan's men when at the River for cedar. This sawpit was abandoned in favour of another located on the south shore at a point on or about the old Market Square. The camp was pitched between this sawpit and the sea, at a spring or stream of freshwater.

The late Hon. J. N. Brunker, who was a native of Newcastle, where he was born in 1832, was told by his mother (Mary Ann McGreavey who was born c.1815) that Lord's men camped on a spring between Watt Street and Nobby's and that the saw pit was on the site of the old Market Square. She also told him that the sailor who first entered the Port camped near the same spring. She knew men who had worked for Lord and Meehan.

Lord and Meehan's party set to work to collect the coal from the beach, and also from the face of the cliff, and carried it in bags and baskets to the little beach on the south shore of the port, probably in the vicinity of the camp, where it was taken into the brig.

Some members of the party spent a few weeks up the Cedar Arm, now known as the Hunter River,
getting cedar and other timber to load for Sydney. The timber was rafted down the stream to the sawpits, where it was cut into suitable lengths for shipping. All was in readiness for the return journey to Sydney on May 28, and on the following morning the brig started for Sydney, which was reached on the same day (May 29). [5]

Early in June 1801 the Expedition to the Coal River was undertaken. The expedition was led by Lieut-Colonel Paterson who was accompanied by Lieut. James Grant, J. Murray, R.N., Ensign Barralier, George Cayley and Dr. John Harris. They set sail on the Lady Nelson and the Francis on 10th of June. There were also a number of workmen and labourers, for the purpose of cutting and sawing timber, digging and loading coals, and other necessary works. On his return Lieutenant-Colonel Paterson informed Governor King of the potential for mining the coal at Nobbys and at Collier's Point........
Lieutenant-Colonel Paterson to Governor King

The northern point of land, which I have call'd 'Colliers' Point,'is composed of two stratas in sight and one which is bare at low water mark only. This is by much the best coal, which you will see by the specimen I desired might be kept apart from the other, which is the middle strata, about 16in. deep; that below is 22 in; the distance between them is about 20ft.

The upper strata is too near the surface to be worth working. Upon the island, which I have named 'Coal Island', the stratas are the same as on the mainland. The bed of coal at low water mark is rather better than at Collier's Point, and might be got very quick, as the anchoring place is close to the coal; but, if the coal work is to be permanent, I should sujest the mines to be on the main which might be sunk with very little trouble, and I have no doubt but that in a very short time Government would find their advantage in it - Platt, the collier, and his party have done wonders in getting the coals for the schooner so soon. I shall keep them going on, and get the coals laid in a situation where the tide cannot reach them.

In August 1801 Governor King informed the Duke of Portland that he had established a small settlement consisting of a trusty non-commissioned officer and eight privates, with twelve prisoners to collect coals for such Government vessels as can go for them. Since the Lady Nelson went there, two Government vessels have brought 50 tons of coal which has been bartered with the master of the Cornwallis for articles for the public use. This being the first natural produce of the colony that has tended to any advantage, I have enclosed the Commissary's statement of that exchange, being more a matter of curiosity than of consequence. At present several boats are employed getting coals for the Cornwallis and a private brig belonging to an individual, is now at the Coal Harbour lading with coals and timber for the Cape of Good Hope* [2]

On 4th October 1801, the Earl Cornwallis departed Port Jackson bound for India taking with her 150 tons of Newcastle coals which was the first cargo of coal brought from the Coal River in a Government vessel (the Francis) ' [4]

John Platt applied for a mitigation of his sentence in 1810...I am a miner by profession who has been the conductor of the coal works at Newcastle. 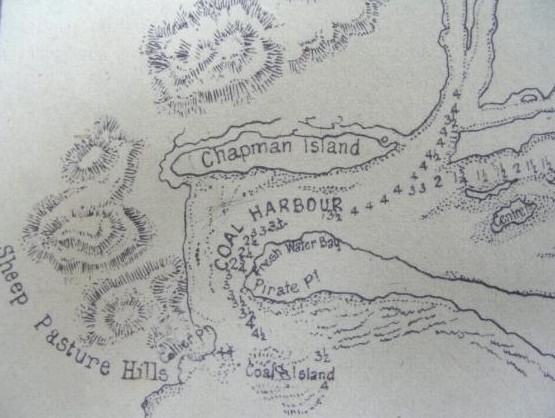 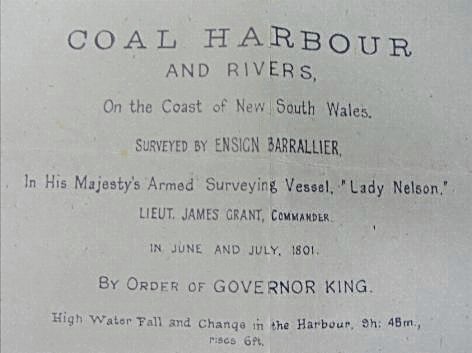