In 1910 the Evening News included a history of St. Mary's Church on the occasion of the Jubilee celebrations -

The first movement to establiish a church in West Maitland was initiated many years ago by Lieutenant John Wood, R.N., who was a catechist at the Government town of Maitland, now East Maitland. He accomplished splendid work in urging the settlers of Wallis Plains to do something in establishing a church, and was followed by Rev. C. P. N. Wilton, of Newcastle, who used to hold frequent services among the settlers.

However, it was 1835 before anything in the way of church building at West Maitland was initiated, and then the movement was started by Rev. G. K. Rusden, who was pastor of St. Peter's, East Maitland. A public meeting was held, and the members of the Church of England decided that the time had arrived to build a chapel at West Maitland. The sum of £500 was speedily subscribed, but the will of the Governor of the day apparently was law, with the result that he decided that St. Peter's Church should be erected at East Maitland.

This, however, did not daunt the West Maitland Anglicans, and their persistence resulted in a small brick building being erected in Scotia-street, the Rev. Rusden conducting services till the arrival of Rev. William Stack, who was responsible for the establishment of the new parish of St. Mary's, January 7, 1838.

English supporters of the Church of England donated about £100, and a start was made, in church building on a site now included in the rectory grounds. It was in 1842, when Rev. Stack opened this stone church. 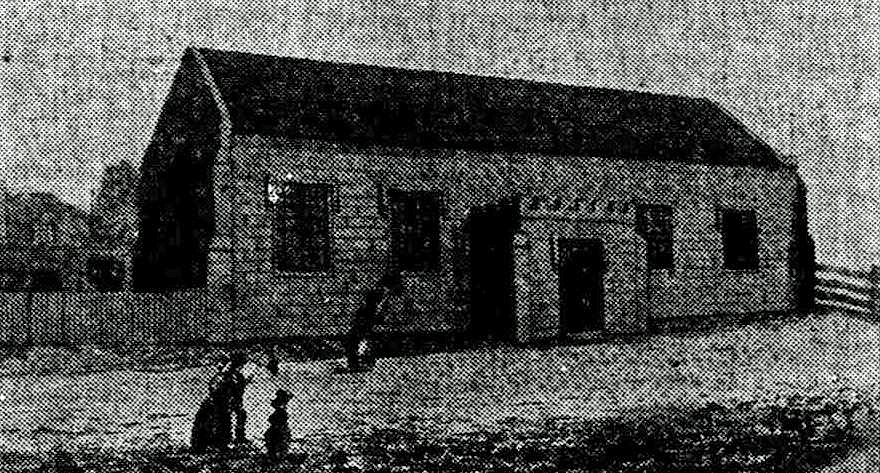 Up to 1859, this little church had served the purposes of the people, and it was then the parishioners decided that more accommodation was necessary. The Rev. Robert Chapman, who succeeded Rev. Stack, on October 1, 1846, was then rector, and the population of West Maitland was about 2400, while East Maitland's citizens numbered just under 1000.

Right Rev. Dr. Tyrrell presided at a meeting and it was definitely decided to spend £5000 on a church, and £700 was at once subscribed.

The Right Rev. Dr. Barker laid the foundation-stone on September 7, 1860, in the presence of a large assemblage, the new building being opened on July 18, 1867, by Bishop Tyrrell. In 1878 the church was consecrated. In 1887 a tower and spire completed the original design, the cost being £2500. A large clock with chimes was subsequently installed in the tower at a cost of £1085, the time piece chiming for the first time on June 21, 1887. Rev. Robert Chapman continued there till February 9, 1879, after thirty-three years, and the Rev. W. H. H. Yarrington was appointed on January 6, 1880.

Rev. Yarrington was succeeded on July 1, 1898, by Rev. Arthur Killworth, who superintended the jubilee celebrations in 1910 - Evening News 24 September 1910

4). Soldiers of WW1 who came from Maitland - ADFA Project