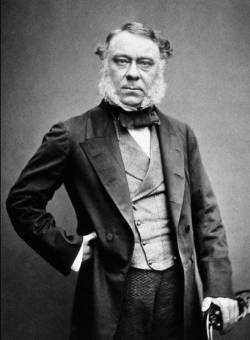 James Ormiston McWilliam was born in Dalkeith, Scotland c. 1808. In 1840 he joined the Niger Expedition, later producing an account of the disastrous voyage -

On my return from the west coast of Africa, in November, 1839, in H.M.S. Scout, I learnt that it was the intention of Her Majesty's Government to send out an Expedition to the river Niger, and at once volunteered to accompany it. In September, 1840, I was appointed Surgeon of H.M.S. Albert, and Senior-Surgeon to the Expedition.

The Expedition left England on the 12th of May, 1841, and entered the Niger on the 13th of August. Three weeks from this period fever broke out among the crews, and soon produced effects so disastrous that two of the three steam-vessels composing the Expedition were obliged to return to the sea, and the other was compelled to follow a few weeks after. From the peculiar and distressing situation in which I was so soon placed, it was impossible for me to make copious notes of incidents as they occurred, or to direct that attention to many important particulars which were deeply interesting. However, I consider it to be my duty to give a permanent record of such facts and observations as I did collect, and, without encroaching on the province of other parties, to delineate the leading features of our progress in the River, as far as they may refer to or may be considered necessary to elucidate the history of my own department, and thus enable me to produce 'A Medical History of the Expedition.'
continue - Expedition to the Niger During the Years 1841 - 2 Comprising an Account of the Fever which Led to its Abrupt Termination by James Ormiston McWilliam, M.D., Surgeon of H.M.S. Albert and Senior Medical Officer of the Expedition

Hydrabad to Norfolk Island in 1845

It was with sincere regret that we had to notice, in our last Number, the premature death of Dr. James Ormiston McWilliam, C.B., F.RS. and F.R.C.P. This distinguished member of our Profession, brought up in the town of Dalkeith, in Scotland, was a Licentiate of the College of Surgeons, and a Graduate of the University of Edinburgh.

He entered the Royal Navy in 1829, and, after serving abroad for seven years in the capacity of Assistant-Surgeon, he was promoted to the rank of Surgeon, and appointed to H.M.S. Scout, on the West Coast of Africa In this vessel he gained the esteem of all on board, by his devotion to the interests of the sick, and, greatly to his credit,—for he was still a young Surgeon, - his 'Journal of Practice,' containing an appendix on the health of the ship's company, gained for him the Blane Gold Medal. The Scout's period of service having expired, she returned to England and was paid off.

Relieved from the cramping influences inseparable from service in a ship of war, Dr. Mc William eagerly seized the opportunity of&' improving his professional knowledge by attending the Metropolitan Schools and Hospitals, while he followed up the collateral sciences with all the ardour peculiar to a young and vigorous intellect. At this time he was a constant attendant on Dr. Reid in the cold, damp cellars, of the new Houses of Parliament, and took a deep interest in the various plans suggested for improving their ventilation. Employment more germane to his disposition, however, offered itself in the proposed expedition for exploring the Niger; he lost no time in offering his services, which were accepted, and soon afterwards he was gratified by receiving an appointment as Surgeon to the Albert, and chief Medical officer of the expedition. While the vessels remained in England, he carefully watched their progress, in order that they should be properly ventilated, and furnished with everything requisite for the preservation of health in a climate so destructive of European life as that of Africa, and it may be safely averred that no vessels ever left this country better prepared to encounter any emergency. Had the prophylactic influence of quinine been then as well understood as it is now, the result might have been far less disastrous.

On August 13, the three vessels, Albert, Wilberforee, and Soudan, crossed the bar and entered one of the many mouths of the Niger, with their crews in perfect health; but hardly had they passed the dreaded swamps which form the delta, when fever made its appearance in a most malignant form, and the slow tolling of the funeral bell too plainly told that death was busy at work amongst them. The sick increased so rapidly that it became necessary to remove all the worst cases into the Soudan, and to send her down the river, and in few days afterwards she was followed by the Wilberforce, freighted with a similar load of misery. Still, nothing daunted, the. few remaining officers and men continued to push rapidly up the river, in the hope of reaching some more healthy region. But first one sickened and then another, until the only persons free from fever were Dr. McWilliam, Dr. Stanger, and one seaman. The vessel was then put about, when the latter also fell ill, leaving the safety of the crew in the hands of the former.

Dr. McWilliam then undertook to steer the vessel, while Dr. Stanger kept the engines in motion. Both providentially escaped the fever and though they occasionally ran aground, they succeeded in reaching the open sea in safety. After a severe attack of fever, Dr. McWilliam returned to England in 1842; and we regret to state, that although his services were placed before the Admiralty by Captain Trotter, the Commander of the expedition, the Board coldly declined to acknowledge his claims for any mark of distinction of reward, though every other surviving officer received at least one step of promotion. During the few succeeding months he employed himself in bringing out his 'Medical History of the Niger Expedition,' which was well received by the Profession.

After again serving two years afloat, he was sent on a special mission to the Cape de Verde Islands, to inquire into the origin of the yellow fever, which attacked inhabitants of Boa Vista soon after the arrival of the Eclair. After a most laborious investigation, and the examination an immense number of witnesses, he returned to this country and gave in his Report, which was presented to Parliament, and printed in the form of a Blue Book. In this Report, drawn up with great judgment, he clearly established the communicability of the disease, and that unquestionably it had been imported into Boa Vista by the Eclair. Again he preferred his claims for promotion ; but his only reward was a frigid letter of thanks from the Naval authorities at Whitehall.

Fortunately, however, his services had not escaped the notice of other departments of the Government, and in 1846 he was offered the appointment of Medical Officer to the Custom-house, which he gladly accepted. In this appointment he continued until his useful career was suddenly terminated by his accidentally falling backwards down a steep flight of steps in his own house.

In private life, Dr. McWilliam was kind and courteous; hospitable and charitable to an extent far beyond his means. He has left a widow and a large family to mourn over his untimely end. On Saturday last his remains were quietly interred in the Cemetery at 'Woking. The funeral was intended to be strictly private ; but a considerable number of the officers of the Customs found their way down to Woking to pay a last tribute of respect to one they esteemed so highly when living.

In 1848 Dr. McWilliam was elected a F.R.S.; in 1858 he was appointed a Companion of the Civil Order of the Bath, in recognition of his services to his country; and in 1861 he was elected a F.R.C.P. of London. He was a most active member of the Epidemiological Society, to which he acted as Secretary, and to which he contributed many valuable papers. He was highly esteemed by his brother officers in the Navy, not only for his professional attainments, but for his unceasing efforts to secure for them a position in the Naval service more in accordance with their true status in civilised society. The junior officers, in particular, have every reason to regard him as their deliverer from a state of degradation which had become so intolerable that no young Surgeon would enter the service unless his prospects were otherwise utterly hopeless. [3]

[3] The Medical Times and Gazette